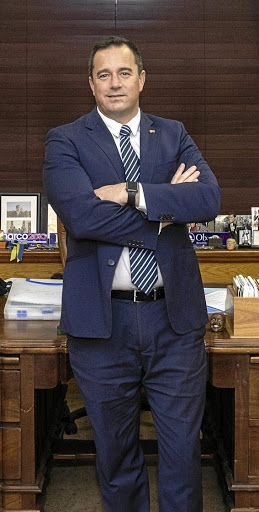 Andre de Ruyter, former Nampak CEO, will take over as head of Eskom at the beginning of 2020, as announced in a statement by the public enterprises department this week.

Both these developments have reignited fierce debate about transformation in SA, in particular the erosion of the gains of the past few decades.

That both Steenhuisen and De Ruyter are white males is a glaring fact. It is also their greatest vulnerability and weakness in the realm of public perception of the country's politics and discourse on the economy.

White males are the "poster boys" for the previously advantaged category and white privilege.

Therefore, despite merit or a track record of good leadership that either Steenhuisen or De Ruyter might have, they have to contend with the reality that by virtue of being white males, they trigger trauma and resentment in a lot of people.

Their positions are even more complicated because they are taking over from black people, negating strides made towards transforming the face of leadership in a new SA.

It also lends itself to being interpreted as a vote of no confidence in black leadership.

Both the DA and the ANC- led government that came to the decision to elevate Steenhuisen and De Ruyter, respectively, are naíve if they did not consider how these two developments would be perceived.

My best assumption is that their selection was judged to be less consequential than the objectives for which they are being selected.

The election of Steenhuisen as DA leader, as astute and adept as he is as leader and politician, cannot be seen outside of the bigger trend in the DA towards retreating to a preoccupation with protecting white privilege.

Although to be successful in the country's electoral politics means the DA needs to appeal even more to black voters, the main opposition seems to be more concerned about reassuring the small percentage of white voters it lost in the May general election.

This is a myopic position that fails to value the inroads made in black communities during preceding election campaigns.

Steenhuisen recently asserted that race-based policies would not lift South Africans out of poverty and that the DA would move away from such policies.

This only confirms the concerns expressed by Herman Mashaba, who resigned as Joburg mayor, as well as Maimane, over the party's position on inequality, which is racial, and the need for redress and transformation to make the economy and society more inclusive.

It may please the DA's core base to hear that the party will no longer focus on race, but it doesn't change the fact that many of the country's challenges require that race be confronted.

Any attempt at addressing challenges in the quality of and access to education will have to be directed at those areas where this challenge is most pressing, in rural areas and townships where blacks are in the majority.

Any efforts at ameliorating the effects of poverty and unemployment and creating sustainable livelihoods will have to be targeted at those groups that are most affected by these - that is blacks.

This is because the "evils and scars of race-based policies"disproportionately affect the country's black majority.

Both Steenhuisen and De Ruyter need to have the emotional quotient (EQ) to navigate the emotive nature of their leadership.

They should be keenly aware of their potential to alienate the majority, whose buy-in and support they'll need to achieve their objectives as leaders at a very consequential moment in the country's history.

The appointment of Andre de Ruyter as Eskom CEO yesterday is racist, this is according to the EFF.
News
2 years ago

New Eskom CEO is the right man for the challenging position: Busa

The ANC Women’s League is putting up a fight for at least half of all state-owned institutions to be run by women.
News
2 years ago
Next Article