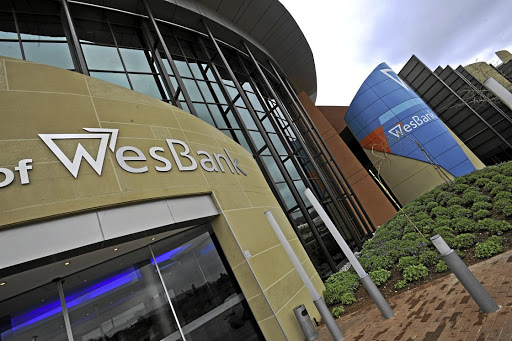 WesBank and Mafaleng Mokone entered into an extended arrangement to help him settle his arrears.
Image: Russell Roberts

The National Credit Act was designed to protect the consumer by ensuring that there is improved standards of debt re-organaisation in cases of over-indebtedness.

However, there are institutions that take advantage of consumers who are pressured to meet their obligations after notifying the service provider about their challenges.

Mafaleng Mokone, from Soshanguve, north of Pretoria, lost his job when the company he worked for was liquidated.

Mokone 47, whose car is financed by WesBank, said he immediately notified the bank about his predicament and undertook to pay as soon as he received his pension payout or UIF amount, which the bank found acceptable.

"They agreed to this arrangement after I had given them proof of unemployment and
other documents they wanted," said Mokone.

He fell behind with his monthly repayments for three months, but when he received his first UIF payout he paid R3,500 per month which was more than his contactual R2,500 monthly installment, he said.

I read an interesting article in City Press yesterday and I thought it may well benefit Sowetan readers immensely.
Opinion
2 years ago

Mokone said he continued paying this amount until he found new employment a few months ago when WesBank demanded he paid more that than R10,000 in
arrears and interest on missed payments when he was jobless.

"I tried to make an arrangement to continue paying R3,500 until the arrears are paid off, but they insisted on a once-off R10,000 payment or else I lose the vehicle."

He could not afford to pay and then WesBank went ahead to take the matter to debt collectors who are hounding him with telephone calls, demanding payment every day, Mokone said

"I'm being harassed by these debt collectors, which is clearly in contravention of my consumer rights and the National Credit Act," he said.

He said he used the vehicle to transport goods for the company that has now
employed him.

"I cant afford to loose this car as it would mean loss of employment once again," he said.

'Please take your car, I don't want it'

But Mokone can now relax after the bank's head of motor, Ghana Msibi, offered him an extended payment arrangement.

"Instead of offering him a three-month payment arrangement, WesBank has extended the offer to six months in order to assist him to keep the asset and rehabilitate his account," Msibi said.

He said affordability calculations were conducted, resulting in a recommended amount of R4,500 being offered to Mokone to be payable over six months with the first payment being on November 30.

"This means that post six months, Mokone will proceed with the normal monthly installment of R2,859.31 as per the signed agreement," Msibi said.

"We also explained to Mokone that should he fail to honour the payment arrangement, then the normal collection process would have to follow as part of breach of agreement."

Mokone confirmed they have reached an acceptable agreement with the bank. He said he understood these conditions and what the banks rights were in terms of the NCA and agreed to abide by them. "If I get a bonus or more money I'll make sure I pay pay off the arrears before the expiry of six month."

Use your pension to get a cheaper loan

If you have been saving in your employer-sponsored retirement fund for a number of years, you may be able to secure a loan to buy, build or renovate ...
Business
2 years ago

At last, parliament to axe its secretary, Gengezi Mgidlana, for misconduct

The axe is set to finally fall on parliament boss Gengezi Mgidlana on Thursday.
News
2 years ago

Lewis Stores has been left with a bloodied nose after thinking it could justify charging a delivery fee to all customers who take out credit for the ...
Business
2 years ago
Next Article