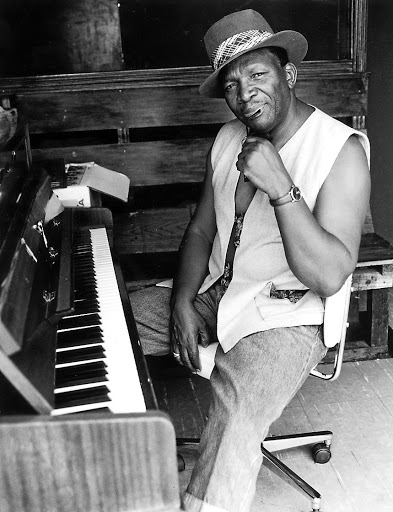 Gibson Kente, the father of township theatre, evolved his own sense of style way back in the 1970s. / Herbert Mabuza/ ST/ Times Media

As we commemorated the 11th anniversary of Miriam Makeba's death last week - how time flies! - it was inevitable that we should reminisce on the impact of her music, and how her activism touched the lives of people on both sides of the Atlantic.

That she was a political force became clear when, after she got married to Black Panther firebrand Stokely Carmichael, the CIA harassed her so much she had to leave the US for Guinea where she remained for many years thereafter.

It was while we were celebrating the meaning of Makeba that I found myself reflecting on a man who not only shaped her early career, but also paved the way for many others like her.

Here I am talking about Gibson Kente, who helped launch the careers of Makeba's contemporaries Letta Mbulu and Caiphus Semenya.

Later referred to as the father of township theatre, Kente had, in fact, written songs and melodies for these artists, Hugh Masekela and the Manhattan Brothers.

When I sat down for a few drinks with actor Siyabonga Twala the other day, we both decried the fact that many of our good actors have turned their backs on theatre, in favour of television. There are more jobs in the TV industry, and they tend to pay better.

Gibson Kente better known as the "Father of Theatre" in South Africa‚ will be honoured with a musical tribute commemorating his life and legacy this ...
Entertainment
4 years ago

Many of our actors are today trained at drama schools at various universities, which is good, as it professionalises the industry. But both Twala and I bemoaned the fact that many of these actors are trained in English.

Though they are proficient in the language, had they been trained in other languages as well, their contribution would probably have been superlative.

These actors read TV scripts initially written in English, then translated into whatever indigenous language is appropriate for that particular story. Something does get lost in translation.

"Gibson Kente trained us so that we think in the language and culture of the character we were inhabiting," Twala said.

I'd totally forgotten that he, like Sello Maake kaNcube, Vusi Dibakwane and many actors of note, were once proteges of the great Kente.

Twala would probably not have believed me if I'd told him that I'd been toying with the idea of writing a piece on Kente. So, I let him speak.

Kente, he continued, taught youngsters not only to act but to sing, write, direct.

It is no coincidence that the likes of Mbongeni Ngema, Percy Mtwa, Mabutho "Kid" Sithole and Zane Meas are not only great actors, but also impeccable writers and directors.

THE Soweto Theatre, which boasts state-of-the-art architecture, is ready to open its doors to the public in style on May 11. The main theatre seats ...
Entertainment
9 years ago

It is against this background that I felt I should use the 11th anniversary of Makeba's death to sneak in some thoughts about this man who was instrumental in the early stages of her career.

I do realise that some honours have been paid to Kente over the years - most notably Makhaola Ndebele's musical tribute staged at the Soweto and Market theatres.

But I believe Kente deserves more than that. Kente's power was that he did not rely on the frills of a modern theatre.

His power was the story. And he took his stories to where the people are - the townships.

He would have two, or sometimes three companies touring the country. They played at community halls, at church halls. They always filled the venues.

With Kente's passing away, a void opened in black theatrical expression.

As a result, we have thousands of black South Africans who never experienced theatre.

Perhaps it's time that tradition of theatre - in its modernised form, obviously - was revived. It would provide jobs for the hundreds of properly trained but unemployed actors and actresses, while training thousands of our people in the now-comatose culture of theatre appreciation.

There is a need to be dramatic and spectacular to compete with other engagements for their attention.
Opinion
3 years ago

Woza Albert still has it

STAGE actor Ntokozo Dlamini says the classic theatre show Woza Albert, which is set to open at the Market Theatre, is still an eye-opener for South ...
Entertainment
9 years ago