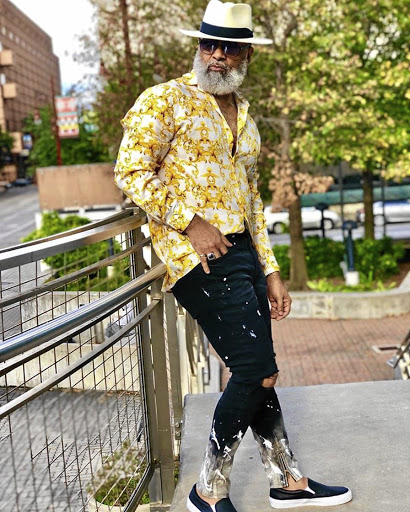 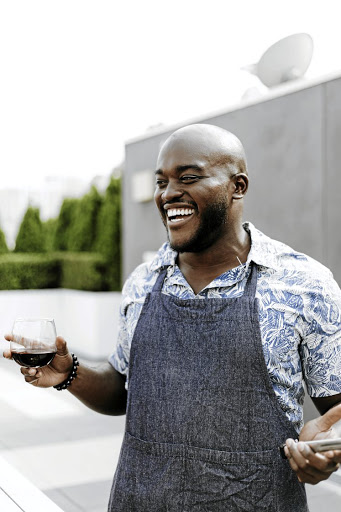 I attended an umcimbi this past weekend hosted by a male friend.

Like most of the people I surround myself with, he is on the wrong side of 40. And so most of his guests were his peers and his yard was filled with an assortment of men from the front to back - all sorts of that "young but pushing 50" generation of middle-class brothers.

A fascinating lot, I must say. And naturally, they are inclined to intelligent political debates because they have a 1994 voter stamp on their identity documents and actually know what teargas smells like.

There are a few things that I have observed in my lovely male friends born in the 70s.

These guys are all opposed to being called "Baba". They hate it! Strange, considering that at 45 most are fathers to 23-year -olds.

Yes, the daddies of the Bornfrees are opposed to terms that perpetuate ageism! Hahahahaha.

Well, at my age, I have also had occasion to call them "Daddy", because I date from that pool after all.

Is Wiz Khalifa going through a pre-midlife crisis? Click here to find out what he's done now

While Amber Rose suffers from a broken heart, Wiz is looking for a fresh start... The couple have taken to Twitter after their split and while Amber ...
Entertainment
7 years ago

Don't be fooled by their bulging bellies. Most of these men are either banting, jogging or running marathons up until Saturday morning before their booze binges.

One of them, a very good friend of mine called Ndumiso, has lost a good deal of weight.

He now wears skinny pants almost the same size as his teenage son's.

And then, for good measure, he spots a "fade" haircut and short- sleeved shirts.

All looks good and well if you approach him from the back, you would be convinced he is a fit young man.

Then he turns around, and boom, his beard is gray! Hawu, Bab'uNgcobo!

I can imagine the psychological tug of war inside the head of a man in his late 40s.

Suddenly, that girl who gave him his first kiss back in the 80s is a member of the Mama bomanyano and wears church uniform with a black petticoat, pantyhose and a starched hat.

Then, the younger ladies flirting with him subscribe to feminist views that grate his tits!

Grow up and move on, Somizi

DEAR Somizi "Somgaga" Mhlongo Shwa feels like she's picking on you a bit, but this has to be addressed. Let's call it tough love.Honey, you try too ...
Shwashwi
8 years ago

Nonetheless, he finds himself exchanging nudes with social media slay queens and locking his phones with spiderweb patterns.

Then when they are intent on dating only young women they make it rain! Cute young men are no competition for these tigers. The extra-matured Baes started paying black tax even before democracy!

They sold sweets and cigs in maths class and had piece jobs during holidays. And when they get to clubs and car washes they get special treatment because they grew up with the owner of the business.

I have always laughed at just how updated they are with current trends - that is, soapies and reality shows.

Only, instead of knowing the names of the lead characters, they describe them according to shape and size and never speak about the male actors.

All macho masks come off when there is one family lounge and the spoilt last-born and her mama are addicted to The Queen.

And it is not rare to find that they have a stash of CDs somewhere in the house and talk ill of the Gqom - as if TKZee's Fiasco made sense to any of us!

Then you find that they all still remember the Big Poppa lyrics and have sweet memories of Saturday noise pollution by their uncles who blasted the stereo till sunset while washing an old car on the lawn.

Yet these are the same guys who thought Bob Marley's song meant men are happier without women!

People in their late 30s and early 40s are unhappier than any other age group, suffering from loneliness and depression as work and relationship ...
News
11 years ago

SEX: the taboo of men who don't want sex

Former striker Gary Lineker has lifted the lid on a taboo subject by admitting he isn't interested in scoring between the sheets.
Good Life
2 years ago

He will love you more if he feels that you have slept with a small number of men in your past.
Opinion
4 years ago
Next Article