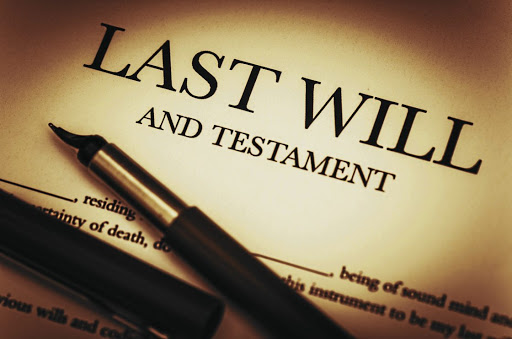 A testamentary trust is provided for in your Last Will and Testament and established when you die.
Image: 123RF

Administering a deceased estate can be complicated when the assets of the dead person who had a joint bond to help a friend qualify for finance has to be distributed.

This could be seen in the case of Mmaliefi Motlhale, who is trying to save her two properties she bought with a friend who has since died.

Both her properties now form part of the deceased's estate and though the insurance paid them in full, she somehow has a debt which accumulated since 2015, she said.

Motlhale, 44, of Bezuidenhout Valley, Johannesburg east, entered into a gentlemen's agreement with the late Yunus Gregory to buy two flats in 2012.

The mother of one said they bought the properties from Real People before it changed its name to Pulse Properties.

She alone paid a deposit of R50,000 each for the two properties and continued to pay the levies, rates and taxes alone, she said.

Thembisile Mabuza's life is a mess after her R506,334 pension was deposited into an invalid retirement annuity account she held with Sanlam.
Opinion
2 years ago

The purchase amount for each flat was R330,000 and she repaid R4,775 every month without fail, Motlhale said. When her financial circumstances improved, she and Gregory approached Till Viljoen of Real People to remove Gregory' name from the joint bond, but that never happened until his death in 2015, Motlhale said.

She said Gregory had a will, which did not include the properties for distribution upon his death.

"After making a claim from the insurance, Viljoen omitted to tell me that the properties were both settled and I kept on repaying the agreed amount until I battled with my monthly repayments," Motlhale said.

This was followed by dramatic events with letters of eviction being served.

Motlhale said despite the flats being paid up, she agreed to pay R4,274 and R3,658 for the properties.

She said all the money that she paid over the years was never credited to her accounts as the statements given to her showed a balance of R288,315 and R288,312 for the flats.

Meanwhile, Standard Bank which was administering Gregory's estate, had asked her to buy Gregory out in order to get back her properties or it will sell the properties.

Lizelle Adams, a legal adviser at Pulse Properties, said a response will be provided once it has investigated all the allegations and as soon as all information is at hand.

Responding on behalf of Standard Bank, Ross Linstroom said: "Gregory had a will in which and Standard Bank are the executors."

Know when to silence the body corporate

A book to arm you with all the info you need.
Opinion
2 years ago

He said in administering the the last will and testament, the bank has to ensure that all creditors and taxes are settled before the wishes of a departed loved one can be executed and that the ongoing daily expenses of an estate is maintained and paid.

He said in order for the estate to be settled, substantial outstanding levies needed to be paid on two properties that are the subject of the will and testament.

Linstroom said Standard Trust has been in contact with Motlhale to provide her with the necessary options that would ensure the properties are transferred and the final wishes of a loved one are fulfilled.

He said Motlhale continued to use the property, but has failed to pay the levies owed to the sectional title.

He said it would require that the properties are sold to ensure the settlement.

"Should Motlhale not agree with Standard Bank executors' assessment or handling of the deceased estate, she should consider approaching the Ombud for Banking Services or the Master of the High Court."