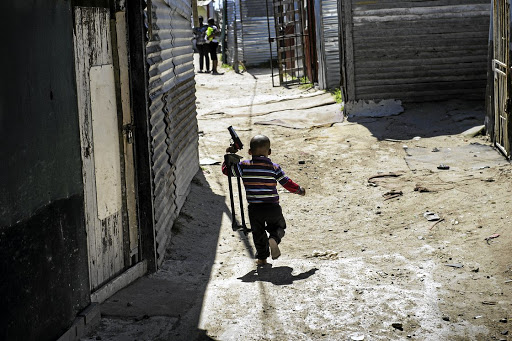 The tragedy of a 12-year-old boy shooting his little brother with his father's gun coincided with global disarmament week. /David Harrison

It would be amiss of me to start this piece without congratulating the Springboks on their World Cup victory. The enormity of the Springboks winning a Rugby World Cup under the captaincy of a black man cannot be understated.

This is no small feat for black boys who one day hope to represent their country in a sport that once excluded them. I hope this win sees more done to develop rugby players in townships and township schools - I believe true transformation of the sport starts in making it accessible from the grassroots levels. One cannot help but wonder how many more Makazole Mapimpis and Siya Kolisis we would have if it was accessible to the average Joe.

October 24-30 2019 marked global disarmament week. In the same week, a 12-year-old boy was charged with the murder of his little brother, after he found his father's gun and pulled the trigger.

These two events made me think deeply about the availability and access of guns in our country. The crime and violence statistics do enough talking for themselves. According to Gun Free South Africa, guns are the leading cause of murder - 47% of murders in 2018-2019 were from gunshots. If we are going to fight violence, it is imperative that we fight the very weapons that enable it, and guns are a major contributor.

Father hid gun in bag in bedroom.
News
2 years ago

The report "Gun Control & Violence: South Africa's Story" states that from 2000- 2010, guns stopped being the leading cause of murder.

Gun-related deaths almost halved, from 34 people shot and killed a day, to 18. This was due to guns being strictly controlled and less available. This however changed from 2011, as gun violence began increasing due to various breakdowns in SA's firearms control management system.

This breakdown is attributed to fraud and corruption, and deliberate leakage of guns from secure stores into the illegal market. As gun availability in SA declined between 2000 and 2010, so did murder. Readily available data shows effective policing and control of guns results in real change.

Abrahams, Naeemah & Jewkes, Rachel & Mathews, Shanaaz (2010) report that SA has the highest reported rate globally of females murdered by shooting in a country not engaged in war, and where men use guns to intimidate and assault women. As we fight femicide, it is important to have a holistic look at possible avenues such as stringently limiting access to guns.

Why are we seeing statistics which show an increase in the use of guns, especially illegally owned guns. Reading these shocking statistics and reflecting on my own personal interactions with women, men and children who have been threatened and even harmed via the use of guns and the many other people who cannot tell their stories because guns took their lives prematurely, I cannot help but wonder why our country is so violent.

I think civilian access to guns should be curbed. Some will argue that people are justified in owning guns because the state has failed to protect. But evidence has shown those with guns have a higher risk of being murdered, even with guns in their possession. The argument therefore does not hold water.

Additionally, we need to see more being done in relation to police stations themselves being places where criminals are able to access guns illegally. The biggest role however, lies on the state. South Africans need to feel safe, and this is through effective policing.

On a sad note, I am shaken by the death of my good friend Xolani Gwala, who has tirelessly supported the work I and many other activists do in the war against femicide, child abuse and gender-based violence.

In his death, our country has lost one of the greatest broadcasters and an all-round extraordinary, gentle, humble and a loving human being. I wish strength for his family and loved ones. Xolani - your voice, insightful and hard-hitting conversations will be missed on the airwaves. Rest in peace.