Women have right to sexual freedom of their own bodies 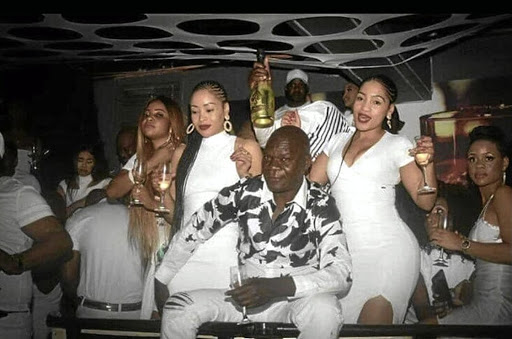 Roland Muchegwa has gone viral as a blesser of note.
Image: Twitter

When sexual choices, conduct and its consequences are the topic in public discussion, the voices that speak are male, with a sprinkling of self-righteous feminists.

The latest incident involves a 26-year-old woman who is reported to have been in a relationship with, at least, two cabinet ministers at the same time.

There are very few women, especially from the African community, who offer social, cultural and political critique on the topic of sexual behavior.

The few who do usually situate their perspective within a framework where the focus is not really about asserting the right of women to do as they please with their bodies and their hard-earned freedom.

But women have something to say for themselves and about themselves on this important issue.

With the rise of the so-called "blesser phenomenon" that is crudely likened to prostitution, there is a political and cultural refusal to listen to and legitimise the right of women to speak for themselves about sexual conduct and the choices they make.

I recently tweeted that most of what we consider humour is actually just defanged prejudice.
Opinion
2 years ago

This is a direct reflection of a long-standing sexist, patriarchal cultural domination that has presented the phenomenon of sleeping around and sexual freedom as a male prerogative.

When it comes to sexual freedom and being a so-called "player" who may do it for money, among other reasons, it is presumed that women do not belong.

Thus the discourse about the "blesser phenomenon" where rich men buy female company, including having sex, has been about men who prey on innocent women because they allegedly cannot control their sexual appetites.

Since women's bodies exist to satisfy and fulfill the sexist fantasies of men, women must not spoil the game by claiming a voice within public discourse about sexual freedom and personal conduct.

Given this institutional exclusion, it is not surprising that nobody has bothered to listen to what young, pretty and attractive women over the age of 21 have to say.

And if young, pretty and attractive women who enjoy the benefits of a blesser assert their right as a woman and insist on their freedom of choice, their voices are reduced to a whimper.

The objectification of women in this day and age is abhorrent

Females are hyper-sexualised to sell ideas, as education spokesman Mhlanga did with Read to Lead campaign
Opinion
2 years ago

In fact, when women choose to assume self-responsibility and assert their agency in what happens in their lives, they are seen as derailing the more important discussion on so-called culture and not adding relevant dimensions.

This sexist silencing is far too common.

Unfortunately, it usually happens with the tacit complicity of self-righteous feminists and pseudo-Christians who have been brainwashed to think of sexual freedom as a male thing.

But not listening to the voices of women who willingly go to bed with men - married or not - means that cultural or political discourse on sex will always be sexist.

As long as women's voices are suppressed and their agency as human beings with free will is denied, the discourse on sexual freedom and behavior will always suffer from the equality gap and concrete objectivity.

At the same time, many women are self-censoring and retreat into silence for fear that asserting their freedom of choice to sleep with blessers makes them .er, less feminine.

It is an open secret that when women claim their right to do what they want with their bodies - including sleeping around - they will be denounced as prostitutes without moral values.

If a male person passes demeaning remarks at a female in your presence and you laugh it off, you too are garbage
Opinion
2 years ago

Facing this denunciation and daring to talk "women's freedom", including on sexual behavior and choice, is the contemporary challenge that faces many women today, especially those in the marginalised and poor African community.

No one seems to have spared a thought for young, pretty and attractive women or any other woman caught up in so-called sexual scandals to find out how they truly feel about the choices they have made.

By the time the alleged "blesser" scandals explode into the headlines, we have already been exposed to the silencing of women - at some cocktail party, in corporate boardrooms, family dinner tables, church halls, community meetings or in politically correct circles when women are dismissed and condemned for lack of discretion and immorality.

The anti-woman backlash is so fierce it astounds and immobilises the tried and tested. It comes to us through the assertion of patriarchal culture which upholds the notion and practice that a man is always the centre of the universe.

“Men will always have power and no matter how we women try to be equal with them we will never be equal.” These are the words of Lerato*‚ a woman who ...
News
4 years ago

The whole brouhaha over the blesser phenomenon is an explicit insertion into everyday life of patriarchal signs and symbols that say only the male matters and the voice of women - including the one he slept with - has no meaning and needs to be repressed.

In many ways, sex talk surfaces as the vernacular discourse of male supremacy.

It repeatedly tells us that women are inferior to men, more likely to commit immoral acts, are the cause of broken families and divorce and lead men into temptation with their miniskirts and availability.

But this judgment is not fair as women are rarely given an opportunity to make their voices and feelings be heard.

If women are not free to express themselves the way they want, live their lives as they please, and do what they will with their bodies, nobody is free.

*Sandile Memela is a journalist, author, cultural critic and civil servant. He writes in his personal capacity

Mxolisi Zondi should be lauded for standing by his daughter

DJ Tira's wife Gugu Khati is ALL about empowering young women and advises them not to get caught up in the influencer lifestyle if they don't have ...
Entertainment
2 years ago
Next Article