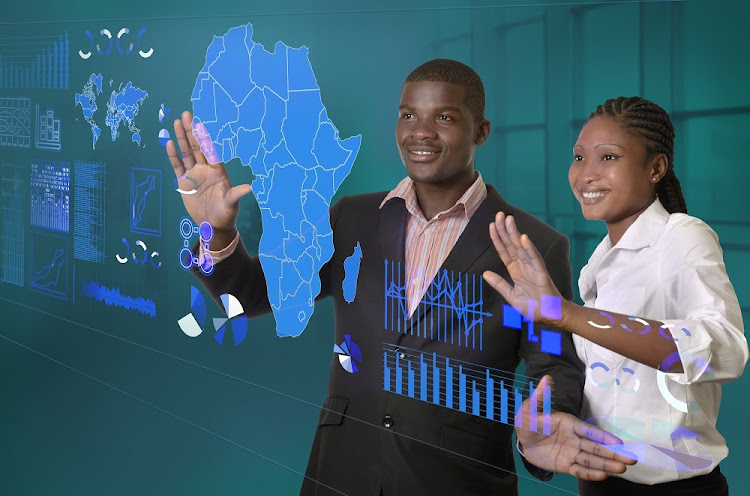 Two weeks ago, the Fifth Conference of African Ministers responsible for Civil Registration and Vital Statistics was held in Zambia.

Its purpose is to eliminate the scandal of invisibility.

Among topics tackled were how would value raised be appropriated by Africans themselves. Or will Africans be recolonised through digital technology?

The era of information technology, data revolution and the fourth industrial revolution has redefined relationships, flattening hierarchies while increasing capacity for compliance because of the pervasive standardisation that comes with code as universal language.

Invading and marauding like a colonial master across the world, technology leaves no place for individuals to hide and captures and records every moment in its insatiable brain.

Many a people depart this world without a trace. This situation occurs in Africa more than anywhere else, where many are not registered.

How a 'do-it-yourself mindset' is transforming global education

Traditional institutions of education might have to reinvent ways of learning, global survey shows.
News
2 years ago

The advent of technology facilitates participation as a full citizen in the journey of human endeavour. But by the same token, peoples could be colonised by virtual colonial powers.

The political economy of technology raises not only the physical but the danger of virtual colonialism. Africa will be the most populous continent in the next three decades and by the fifth decade, every third to fourth person on earth will be African.

Technology digitises and digitalises every person, including their actions. On the basis of these actions, technology moves into higher gear of predictive analytics and shaping conduct.

Like a horse of a drunkard that has learnt which households he usually visits at the end of a binge, the horse, unguided by its owner, will make a stop at each of these rondavels in the dark of night.

If the owner does not dismount, it proceeds to the next. The mobile devices will, having learnt your behaviour, alert you about your time to go home and how far you are from there. This power of technology can be very useful or very dangerous, depending on whose hands it is in.

History curriculum to be overhauled

A ministerial task team has already commenced with the writing of a revised curriculum with a greater focus on South African history that will be ...
News
2 years ago

It can lead to Africa being digitally colonised or liberated, depending on the political economy orientation and posture the bureaucrats and politicians assume. Africans - having raised the need to eliminate the scandal of invisibility created by interest in Latin America and Asia, and these countries, have marched ahead of us.

This is not only in raising political awareness but in adopting home-grown technologies to ensure that they harvest the benefits of digitising and digitalisation.

However, Africa has shown fundamental weaknesses and is exposed to being recolonised, this time digitally. Sometime in 2017, then minister responsible for the department of planning, monitoring and evaluation, Jeff Radebe, convened a meeting of Pan African institutions to sensitise them to this danger in relation to IT and fundraising strategy that would not be inimical to African interests.

In Mauritania, we discussed the implications of digital identity and the industrialisation strategy for Africa, including the Africa Continental Free Trade Agreement.

Chinese are thinking far ahead with the Zulu course

The Beijing Foreign Studies University now has a department of Zulu that promotes one of SA's official languages to Chinese undergraduate students in ...
Opinion
2 years ago

I was rather appalled to realise that some agencies that are not African assuming to be working with African institutions have now claimed the "annual meeting at ID4Africa is the largest and only international platform addressing identity matters at the forefront of Africa's development agenda ... Since 2015, the ID4Africa annual conference has become renowned worldwide for its commitment to deliver a carefully crafted programme of the highest quality and that is responsive to the evolving needs of Africa's identity community".

This organisation does not have an African on its board of directors, instead it uses African directors-general as ambassadors for ID4Africa. When do you become an ambassador for your continent in your continent?

We have made value visible and that value is being appropriated by others.

In short, Africa is being digitally colonised with its eyes open. Africans have to wage a fight as they did against the tax laws of colonial powers.

One of the areas of business in which females are underrepresented is in the fast-growing technology sector.
Good Life
2 years ago
Next Article