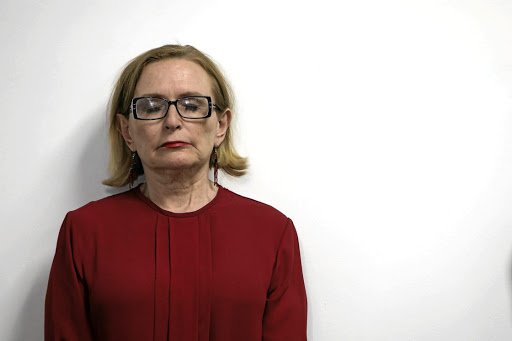 What has happened in the DA is a step towards our ugly past.
Image: Alaister Russel

The image of Helen Zille standing in front of the nation to hit the last nail in the political coffin of the only black leader the DA has ever had will never disappear from our memory.

That will be the final judgment of history on Zille: a stubborn white woman who showed the middle finger to black people in her last senile days on Earth. Indeed, she is too old to redeem herself.

History manifests through personalities. Just as Hendrik Verwoerd has become the face of apartheid, Zille has availed herself as a latter-day spokesperson of colonialism.

A diabolical leader lends a diabolical face to his or her
organisation and society. Such is the wider realm in which the toxicity of Zille's ill-advised return to politics exerts its fullest impact.

What has happened to the DA over the past week will certainly have lasting implications for the party and society at large.

Essentially, the party has made a U-turn: back to its original self as a party formed to protect white people against post-apartheid swart gevaar (black danger).

Let us not forget that when the original DA was formed, there was no black person in the room, other than tea "girls". In the minds of those original white plotters, black people assumed the image of a terrifying monster against which white people had to be organised into a political "fight back".

That is the backward direction the DA has now taken - back to its original purpose: the unapologetic protection of everything white against an ever-suspicious blackness.

In the context of the public backlash that Zille and her fellow Institute of Race Relations conspirators have received, attempts will be made to find one or two black stooges to mask the aggressive racist resurgence in the DA. But black people will never be hoodwinked by such transparent subterfuges.

A stooge and a madman share a grotesque psychology; they believe that people cannot see through the distorted reality in which they both live.

What can never be undistorted in the eyes of both the handler and the observer is the simple truth that a stooge is a stooge.

The black stooges in the DA who will be lured by the tantalising prospects of a salary hike must prepare themselves permanently to live in the odious shadow of all the colonial and apartheid collaborators who assisted white racists to subjugate and dehumanise black people.

It could well be argued that what happens in the DA belongs to the DA, that we outsiders must keep our long noses outside. Such an argument would hold; only if what happens inside the DA did nothing to pollute relations in wider society.

The truth, though, is that the latest mess in the DA has and will continue to redefine race relations in South Africa.

The central message that has come from the prominent black leaders who have resigned from the party is that the DA is not an instrument through which the concerns and aspirations of black people can be addressed.

It has now been confirmed that the DA is principally concerned with the cutting of grass in white suburbs, and wants nothing to do with the provision of toilets to poor black people who live in informal settlements.

A party that divides rather than unites South Africans must never tell us to keep our noses out. It is our national duty to demonise and isolate such a party, to educate the public about the serious dangers posed by parties that are hijacked by racist leaders who harbour nostalgia for colonialism.

What has happened in the DA must not be celebrated. It is a step towards our ugly past, a retreat from the ideal future of a truly nonracial society. We are haunted by Alan Paton from his restless grave: "Cry the beloved country!"