Widow in limbo after no-pay 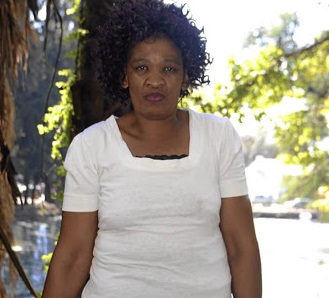 Kesekalemang Manchonyane is unhappy that her mineworker husband was not compensated for the asbestos disease he died from.
Image: Supplied

The widow of deceased mineworker Olebogeng Manchonyane believes she was misled into believing that her husband would be compensated to the tune of R1.2m after he was used as the face of mesathelioma.

Mesothelioma is described as a rare aggressive form of cancer that develops in the linings of the lungs, abdomen or heart.

Consumer Line has established that Manchonyane was not among the victims who were compensated, the reason being that the litigation against Duiker Mining ended unsuccessfully.

Richard Spoor, a human rights attorney who initiated a class action for mesathelioma, said Wandrag, Manchonyane's former employer, was not covered by the Gencor settlement in 2004 that led to the establishment of the Asbestos Relief Trust.

He was neither covered by the Eternit Settlement reached in 2005 (which led to the establishment of the Kgalagadi Relief Trust) nor by the Cape Settlement concluded in the UK in about 2002.

"So neither the Manchonyane family nor any other former Wandrag mineworker derived any benefit from those settlements," Spoor said.

Kesekalemang Manchonyane of Maruping in Kuruman, Northern Cape, said she was bitter that her husband was not paid the R1.2m he was promised before he died in November 2009.

She said Richard Spoor approached her husband in 2002 to assist him lodge a claim against the companies that mined asbestos.

"My husband became the face of the asbestos sickness and his pictures were published in different newspapers and television after the mines agreed to compensate the asbestos victims, but he was not paid thereafter," she said.

Kesekalemang said her husband's story was covered by many newspapers, including the SABC, when the class action was eventually won.

Exposure to asbestos is the only known cause of malignant mesothelioma. The average life expectancy of mesothelioma patients is 12 to 21 months after diagnosis.

Kesekalemang said Spoor lodged a successful claim on her husband's behalf, who also testified on this class action before his death.

A Johannesburg attorney accused of paying an estate agent its commission before a property was registered in the name of the buyer has now refunded ...
Opinion
2 years ago

Her husband worked for Wandrag Asbestos Mining Company in the Northern Cape for six months before he lost his employment due to ill health, she said.

According to Kesekalemang, the asbestos class action was settled out of court and the asbestos mines paid out a contribution of R460m to the victims of this occupational disease.

"As we speak, I am left with newspaper cuttings medical reports with no compensation," she said.

However, Spoor said he is not indebted to Kesekalemang as she claimed.

He confirmed that his law firm acted for Manchonyane about 15 to 20 years ago.

He also confirmed that he had an asbestos related disease (mesothelioma) caused by exposure to asbestos, while employed at the Wandrag asbestos mine in the Northern Cape.

Spoor said Wandrag itself had closed and deregistered many years before.

"We issued summons on Manchonyane's behalf against its parent company Duiker Mining and he died in the course of the litigation," Spoor said.

He said he has not dealt with Manchonyane's case for the past 15 years.

"To the best of my knowledge, the litigation against Duiker Mining ended unsuccessfully. That means there was no court judgment against the company and there was no settlement and no payment ever made by Duiker to the Manchonyane family or to any other Wandrag worker who took legal action against them."

Spoor said while he acted for the family, he took steps to ensure that Kesekalemang received the statutory benefit to which she was entitled under the Occupational Diseases in Mines and Works Act.

He said he could not pursue his matter to a conclusion due to lack of funding and the matter against Duiker was later pursued by Sunil Narian Inc.

Responding on behalf of Sunil Narian Inc, Cassim Boorany said they were not the attorneys of record on Manchonyane's matter.

Boorany said while pleadings were drafted, the pursuit of the legal case against Duiker depended on extensive litigation in several courts.

It also depended on funding for the cases from a foreign law firm, he said.

"The foreign funder provided initial funding up to the close of pleadings, but was not able to provide any further financial support," Boorany said.

A pensioner says she has been fleeced out of her hard-earned cash after paying an "unscrupulous" building contractor who has until now not laid a ...
Opinion
2 years ago

Molobele, a property speculator, was the owner of the property and sold it to the Mhlungus as the seller, not as an estate agent.
Opinion
2 years ago
Next Article