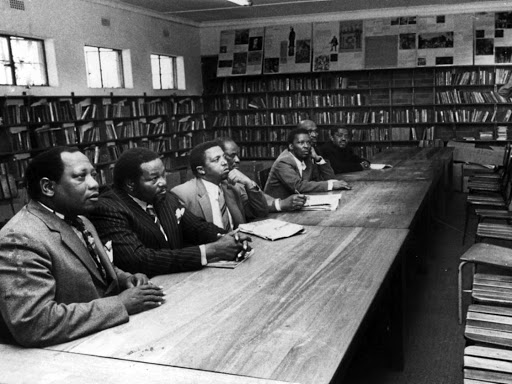 In doing so the white supremacist state created a political vacuum.

White liberals - scorned, chastised and demonised by Steve Biko a decade earlier - seized the opportunity. Using the United Democratic Front (UDF) as a Trojan horse, white liberals rode their way back into the centre of black politics and struggles unchallenged.

Posturing as "the new radicals", white liberals condemned the black radicalism articulated in Biko's BC philosophy as unscientific and fascist.

There is scant appreciation of the wide ranging and enduring impact Black Wednesday has had on forms of black political organisation and struggles in the past 40 years.

It's not only the fixation with Black Wednesday as an attack on the media that accounts for this widespread unknowing about the catastrophic consequences the day visited upon black radicalism in politics.

Also hidden in plain sight is the role of the new radicals in bringing about a transition from the black radical character of the mobilisation of the 1970s to the largely unintelligible (at least to the masses of black society mobilised by the UDF) radicalism of the 1980s that located the primary contradiction in the political economy and characterising the contradiction as between classes generated by the capitalist mode of production.

It is not only after Black Wednesday that the new radicals sought to counteract BC in the mobilisation of black society. Between the formation of the South African Students Organisation (Saso) in 1969 and the Black People's Convention (BPC) in 1972, the core of the National Union of South African Students (Nusas) leadership peeled away to constitute themselves into the new radicals. 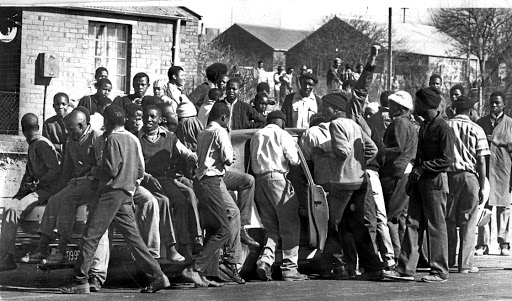 A group of students take a ride to their homes in different townships of Soweto.
Image: Times Media

Still yearning for a mass following and support in black society, they focused on factory workers. The new radicals set up the Trade Union Advisory Coordinating Committee (TUACC) offices near factories where they organised workers. Their efforts culminated in the Durban Moment of 1973 when the port city was paralysed by work stoppages.

Soon this movement dissipated and was overshadowed by the proliferation of black radical political, cultural and student formations inspired by and helping to deepen the meaning and understanding of BC.

In this context the new radicals failed to win the hearts and minds of black society insulated from the contrived radicalism meant to rip them away from organised black radical formations.

The South African Students Movement (Sasm) was established to mobilise high school students who would become the driving force of the mass movement of the 1970s. The Black Community Programmes (BCP) focused on matters related to health, education and the arts.

Black society was thus constituted and organisationally mobilised when unrest erupted in Soweto in June 1976.

The imposition of Afrikaans as a medium of instruction was far from being merely a classroom matter as it has been understood in the last four decades. It was a more insidous attempt to frustrate and contain the black radicalism that was increasingly becoming a signifier of black social and political practice.

In short, it was white supremacy's attempt to thrust the Bantu back into the black man (woman). If BC was about ripping the Bantu out of the African and moulding him/her into a black subject, the imposition of Afrikaans was white supremacy's desperate attempt to thrust the constituted black subject back into the Bantustan. Sasm was there to mobilise black students to resist this measure.

The Soweto Revolt became the crucible of BC, deepening its resolve and clarifying its understanding. It was not only a historical moment of victimhood embodied in Hector Pietersen's lifeless body sprawled across Mbuyisa Makhubu' outstretched arms.

On October 19 1977, a seismic event occurred in the South African liberation Struggle, putting paid to the dominant role of the black radical ...
Opinion
2 years ago

It was the radicalism displayed on 4 August 1976 when the Soweto Students Representative Council (SSRC), an Action Committee of Sasm mobilised workers and out-of-school adults.

The SSRC called for a three-day stayaway from work and a march to downtown Johannesburg to demand the release of all political detainees.

On day one 85% to 90% of Soweto's adult working population heeded the call and stayed away from work. There was no threat of violence to enforce compliance, a sign of black solidarity and an expression of the sentiment summed up in the saying "black man you are on your own".

August4 1976 was pivotal in the construction of a black radical tradition and paradigm that informed social and political practice for black society in Soweto and in black townships across the Pretoria-Witwatersrand-Vaal (PWV) region or present day Gauteng.

It signalled the urban black population's resolve to continue with protest despite the apartheid state's determination to put an end to it.

In the aftermath of August 4, the level of violence unleashed by the apartheid state grew tremendously.

In fact, there is evidence to suggest that more people died on August 4 1976 than on any other day during the nearly
18 months of unrest that was only halted on Black Wednesday. Not only did the campaign of August 4 stiffen the resolve of black society to continue with unrest. It also inspired a desire among hundreds of Soweto students to leave the country with the purpose of returning to engage the apartheid state's military machinery on an equal footing.

The historical moment of August 4 produced the first cohorts of recruits for the ANC military formation, Umkhonto weSizwe (MK). This was a cohort of recruits emerging from an intensely black radical experience that was bound to cause anxiety in the ANC.

It was left to Jacob Zuma to de-school this generation of recruits of the black radical convictions that they carried across the borders.

The exiled ANC proved impermeable to any black radicalism forged in its absence.

In the ANC, the BC-inspired black radicalism of MK's June 16 Ddetachment was ill-fated.

It is for this reason that Tsietsi Mashinini, in an interview with the Weekend World in September 1976 warned students fleeing into exile never to join the ANC or the Pan Africanist Congress (PAC). Mashinini warned that the ANC was defunct and that the PAC was dead.

Back in SA the radicalism of BC continued to inspire a mass mobilisation for another 14 months. Khotoso Seatlholo, succeeding Mashinini as president of the SSRC organised two campaigns of student marches to John Voster Square to demand the release of political detainees.

- Lebelo is an author and historian