Big strides made as promised to Anton Lembede 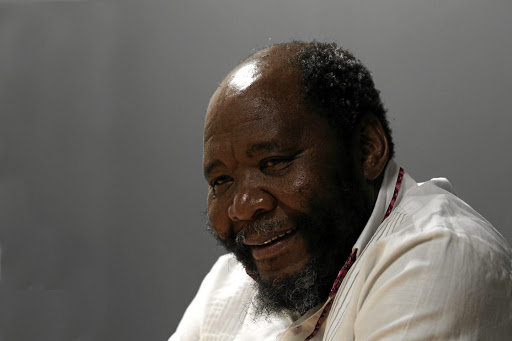 South Africa and the region today, its character of struggle and its futures are inseparable from the nascent history of collusion of race, maize and gold.

In pursuit of this development path, a plethora of race based laws were enacted to ensure that farming and gold capital, despite sporadic flares of Anglo-Boer war battles, the long term unity of maize and gold would be maintained – to sacrifice Blacks at all costs.  The Act of Union in 1910 and the birth of the Republic in 1961 remain monumental representations of this unity.

The liberation struggle would be waged against this hegemonic alliance whose war head was the formalization and institutionalization of racial policies upon the Nationalist Party winning elections in 1948.  Apartheid was born and perfected under Dr Verwoerd who presided over the birth of the Republic in 1961.

Three successive presidents would leave office under a cloud. Verwoerd was assassinated, John Vorster was ousted in 1978 and so was P W Botha who forced to resign in 1989. Thus the violence of apartheid did not only manifest itself in oppressing Blacks but sowed conditions of its own destruction in its leadership.

It was a day filled with celebrations and singing as three Unisa buildings were renamed.
News
2 years ago

The Reconstruction and Development Programme (RDP) had five key deliverables, namely meeting basic needs, developing our human resources, building the economy, democratizing the state and society and implementing the RDP.  These were the key pillars of Freedom in Our Life Time that the stalwarts made to Lembede.

How then has South Africa fared since the dawn of democracy in 1994?  For this snapshot we shall use a statistical lens.  Four years after the Act of the Union and a year after the Land Act of 1913, the Statistics Act of South Africa was enacted in 1914.  This Act went through several amendments and the last amendment was the post-apartheid Act 6 of 1998 and we are applying this lens of evidence.

Statistical evidence asserts that the demise of the brutal veil of oppression unleashed unprecedented access by the formerly oppressed to services that would get many out of dirt poverty and death.  Doors of learning opened and amongst those who are 20 years and above, 1.5 million more had schooling in 2007 compared to 1996.

The renaming ceremony of three historical buildings at Unisa's Muckleneuk campus in Pretoria is currently under way.
News
2 years ago

In fact a 1.5 million more of those in this age group of 20 years and above had schooling then.

Whilst in 1985, only less than ten thousand Blacks graduated with a degree by 2017 that number exceeded a hundred thousand – more than a twenty fold increase.   However quality of education remains deplorable.

South Africans confirmed that more of them were living in formal dwellings in 2007 compared to 1996.  Those receiving housing subsidies increased from 6% in 2002 to 15% by 2015.

Despite an increase in this proportion, the prevalence of slums persist to date, with 14% of all households being slum residents. South Africans accessed better water sources for drinking and cooking by 2017 and this stood at 89% compared to 84%.  In 1996 this figure was lower than 50%. Access to electricity improved from 58% in 1996 to 86% in 2017.

Despite a record that showed improvements in leaving conditions, the state of health of South Africans continued to deteriorate and mortality reached peak by 2005 with communicable diseases such as tuberculosis and HIV and AIDS related deaths playing a leading role in causing death.

When is Unisa going to honour Anton Lembede and Robert Sobukwe?
Opinion
2 years ago

From 2007 in a growing population the number of deaths occurring started to decline with affordable access to and availability of treatment of HIV and AIDS treatment.  In this regard life expectancy in South Africa has improved now averaging 64 years.

The improvements in meeting basic needs notwithstanding, South Africa’s RDP objective of building the economy has disappointed and that of democratizing the state has turned into democratising corruption.

Whilst the economy was performing promisingly up to 2008, from 2012 the situation has worsened, unemployment has risen to its highest level, notching 29% and growth is at barely 1%, nowhere near the NDP targets.  In terms of democratising the state, whilst 1994 was a breakthrough, government inspired state capture represents the apex betrayal of a nation.

Democratisation of state and society is a contestation amongst pots and kettles.  An assessment through the Idlulamithi Scenarios suggest that South Africa is seriously veering on Gwara-Gwara - a false dawn.  There is no better time to arrest the decline in this great nation than now and uphold the promise of Freedom in Our Lifetime that the class of 1944 made and delivered to President Lembede. It is for us, and indeed it is now in our hands to declare what our commitment to the future generations is.

Dr Pali Lehohla is the former Statistician-General of South Africa and a former head of Statistics South Africa.