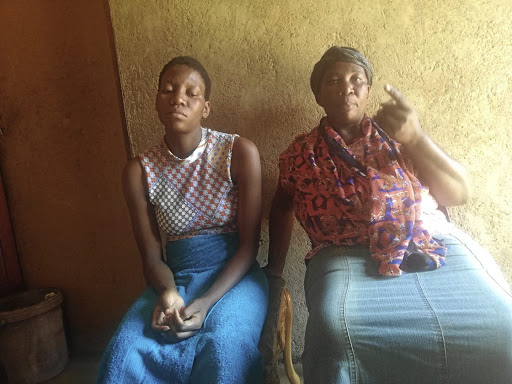 Do public health workers know that their job is to save lives?

Another pregnant woman gave birth in the street on Tuesday after she was turned away twice from a clinic. When six months pregnant Sandra Phoku felt pains in her stomach, she quickly rushed to Marulaneng Clinic, outside Marble Hall in Limpopo, but she was sent back home to get her file card.

She said she begged the security guard to allow her in as she was in pain but she refused. Phoku said she then embarked on a kilometre-long walk back home, only to return and be told that there was nobody to help her as it was 5pm and nurses had knocked off.

She and her mother, who had accompanied her to the facility, then waited for hours outside the clinic for an ambulance to take her to hospital.

A 29-year-old Limpopo woman's newborn baby died on Tuesday night after she was forced to give birth outside a clinic, in rainy, cold weather.
News
2 years ago

Phoku eventually gave birth in the street around 9pm. That was when nurses were called by the guard to come and assist her. But sadly, her baby died shortly afterwards. It is shocking that this woman spent hours waiting for help while medical practitioners were inside the premises sleeping.

Why was she not assisted for about four hours while she waited for an ambulance outside the facility?

Is knocking off at 5pm more important than saving a life?

To make matters worse, the ambulance arrived hours after the baby's death and could not assist Phoku with transporting the body to a nearby mortuary.

The South African Human Rights Commission (SAHRC) says no action has been taken against officials who allegedly turned away a heavily pregnant woman ...
News
2 years ago

One would expect health officials to understand this, but they saw nothing wrong in telling the woman to take her dead baby home. Sowetan has reported two other cases where pregnant women were turned away from public clinics this year and ended up giving birth outdoors.

How many more lives must be lost before harsh action is taken against negligent health practitioners?

We call upon MEC for health in Limpopo Phophi Ramathuba to ensure that all those involved in Phoku's case face the music.

These workers must hang their heads in shame for their poor treatment of this woman.

Nurse is just the ticket as bus passenger goes into labour

When Unathi Nzintha went into labour on a Cape Town bus on Thursday night, she was lucky enough to be sitting next to a nurse.
News
3 years ago

An indigenous woman squats in pain after giving birth, her newborn still bound by the umbilical cord and lying on the ground. It's a photograph that ...
News
8 years ago
Next Article