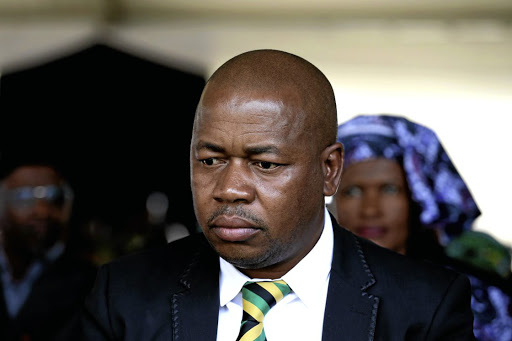 If senior personalities like Mzwandile Masina can express such dangerous and ill-informed "economic solutions", can you imagine what else passes as serious policy debates in the ruling party's branch and regional meetings, the writer asks.
Image: Sandile Ndlovu

President Cyril Ramaphosa is out in London with his team hard at work presenting a case for SA and the continent as attractive investment destinations.

They are not doing so because foreign direct investment is nice to have. It is actually imperative if Africa's economy is to grow fast. Given our current status as the poorest continent in the world, and the fact that the gap between us and the richest nations seems to be widening, growing Africa's economy should be a priority of every elected public representative.

Given how the economies of the world have become interdependent over the last four decades, this economic growth cannot happen through us shutting ourselves out of international trade and pretending that we can produce everything we need within the confines of our borders.

It is therefore troubling that at the time when the likes of Ramaphosa are out there fighting to have the continent get its fair share of international trade, we still have politicians in key executive positions who believe that we can isolate ourselves all the way to prosperity.

The mayor of one of the country's richest metropolitan cities, Ekurhuleni, Mzwandile Masina, is one such politician.

He took to social media yesterday calling on the Durban Harbour to be shut down "so that no minerals leave this county". He added that with mineral exports blocked, "international manufacturing will descend to SA since we hold 90% of platinum".

The post would have been laughable were it not from a person holding such high office in a city that is supposed to be pushing Ekurhuleni to an Aeropolis - using its proximity to OR Tambo International Airport to turn itself into a major export and import centre.

If senior personalities like Masina can express such dangerous and ill-informed "economic solutions", can you imagine what else passes as serious policy debates in the ruling party's branch and regional meetings?

And these are the people who set the policy agenda for ANC deployees in government? Getting foreign direct investment is important, but Ramaphosa may also need to spend sometime with his comrades explaining how modern economies actually work.

He is currently a member of the ANC NEC, a role he has hinted he would be retiring from.
News
2 years ago

Help will be given to about 900 people who were left destitute after a fire swept through Pomona informal settlement in Kempton Park on Monday ...
News
2 years ago

30 years worth of work, memories up in smoke

A devastating fire has wiped out more than 30 years of her family's memories for a 56-year-old woman.
News
2 years ago
Next Article