Discrimination against the LGBTQ community so outdated 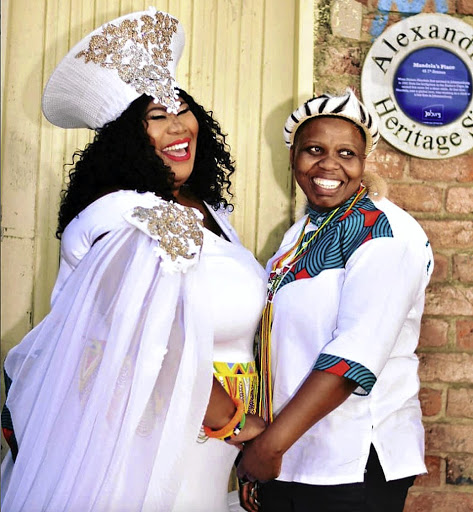 Over the weekend, two of the most beautiful weddings took place in our beloved country. Both marriages were same-sex unions. One was a gay couple and the other a lesbian couple.

Somizi Mhlongo wed his beloved Mohale Motaung in the most extravagant traditional ceremony and on the same day actress and presenter Nomsa Buthelezi wed her amazing partner Zandile Shezi in an exquisite white wedding.

It really gave me goosebumps, and I was reminded that SA is a wonderful country that is committed to upholding human rights and dignity. Great strides have been made by our state to ensure that people of the lesbian, gay, bisexual, transsexual, and queer (LGBTQ) community are treated with respect and dignity.

We live in a country that is colourful and upholds people's rights despite the recent xenophobic attacks, the calamity of gender-based violence and other socioeconomic issues we face. I was, however, disappointed when a friend expressed his disapproval of same-sex marriages.

Following calls for the TV show Zodwa Uncensored to be cancelled, the channel broadcaster Moja Love has issued an apology to the LGBTQI+ community.
News
2 years ago

He said it was immoral and that it went against the Bible's teachings. I realised he is stupid, but I thought we may need a third testament that is in line with human rights.

But the truth is that I also wasn't shocked by his comments, albeit quite horrified. We have indeed heard this argument and hate before and have debated extensively about this unwarranted prejudice.

Upon concluding his malice, I did ask him what makes it okay for people not only to judge others, but to expect people to follow the Bible's teachings, selective teachings that is? The response was the usual nothing substantial - the Bible this and the nature that. But he is very much mistaken.

Indeed, discrimination against the LGBTQ community, like most other discrimination based on gender and race for example, is rooted in a heterosexist ideology that deems heterosexuality as the only sexuality that is natural, and therefore superior. This is dead wrong, and our community should completely condemn it.

For instance, I am no Christian, but I have no issues with those who practise their religion, whatever that may be. This is because I am liberal in my thoughts and my politics is the same.

I understand that for many years, gay people lived in a world where they were not equals, according to the law. I knew that this was wrong, because all people should be treated equally for the choices they make. We should strive to accept other people's personal choices irrespective of how that makes us feel.

We should be appalled rather by any poor decisions taken by our government and leaders, because that has a direct impact on our lives. What gay and lesbian people do is really none of our business.

Remember that SA is one of 23 countries that have legalised same-sex marriages following a judgment in 2005 which declared that the previous definition of marriage was unconstitutional. Nobody can be discriminated upon based on sexual orientation.

Heterosexual superiority is widespread, it is rife. This is despite strides that have been made to ensure a more tolerant and inclusive community.

Voices of the marginalised in government still silenced

The heat of the election season is now a smouldering ember in the public discourse as everyone recommits to the South African dream.
Opinion
2 years ago

Lil Nas came out on the last day of Pride Month

The 'Old Town Road' rapper dropped the "rainbow bomb" on Twitter and tweeps couldn't be more proud!
Entertainment
2 years ago