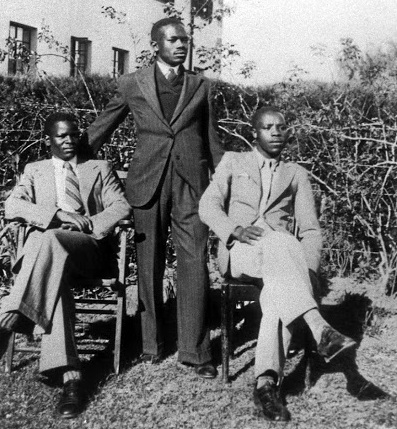 Solidarity, the trade union that is linked to AfriForum, announces that it will soon be opening an Afrikaans-medium private university.

Suddenly thousands of black people are up in arms protesting against the move, which they call unconstitutional and racist.

It's taken me a few weeks of thinking and reading, trying to understand why opening a private university that chooses to conduct its business in Afrikaans only can be regarded as racist. I have finally given up thinking.

Afrikaans is not a race, it's a language. Look, I am writing this in English, and many of you, like me, are not native speakers of English.

Most business institutions in this country conduct their business in English, which is not a black African's mother tongue, except in a few recent instances.

Gauteng education MEC Panyaza Lesufi has slammed DA leader Mmusi Maimane, saying he should not use his name “to please racists”.
News
1 year ago

But the fact that business is being conducted in English has never been regarded as a racist phenomenon.

Why is opening an Afrikaans-only university racist and unconstitutional? Our constitution guarantees equal protection and promotion of all official languages. And Afrikaans happens to be one of them.

If this university were to be funded from the public coffer to promote one language I probably would have found it problematic. But this is not the case. These Afrikaners are digging deep into their pockets to found an institution that will conduct business in their language.

As far as I know, they haven't said black people or Indians cannot enrol at the university. My understanding is that if you can read and write Afrikaans and are prepared to be taught in that language you would be most welcome to enrol.

The reality, my fellow black people, is that we are too lazy to roll up our sleeves and start our own things. Doesn't matter if we would run those things in Zulu or English or Tswana, we just don't like doing things for ourselves. We are happy to receive handouts.

Donald Trump’s new national security adviser was an undergraduate at the University of the Orange Free State when it was still an all-whites ...
News
1 year ago

That's why we will always be manipulated by the Guptas, the Agrizzis, the Watsons and the Stellenbosch mafia. We are averse to hard work, especially if it involves having to wait for a long time for results. We want instant gratification.

It is a crying shame that we don't have a single private school or university that is owned and run by black people, this in a country where the majority is black.

It is a crying shame that we don't have a single media house owned, manned and run by black people.

But what do they do with their millions? They are happy to be driving around in Lamborghinis and Ferraris and the like, yet never give a second thought to saying what about the future? What legacy are we leaving for our children?

Starting a media house, a private school, a private university is probably not going to give us instant profits, but controlling our own media can help us tell our own story, project our own dreams as a community that has been marginalised for a long time, and leave a legacy.

Look, when we are at these posh parties, drinking expensive wines and whiskies whose names we can't even pronounce, we reminisce about the good old times we had at the so-called heritage universities - Fort Hare, Turfloop, Ongoye.

We speak fondly about these black universities that used to be derisively called bush colleges. Yet we hardly dig into our pockets to support them.

We would rather publicly throw our money at the already rich, historically white universities. Why? Because we want to associate with success.

Associating ourselves with impoverished black universities would make us look like failures.

Steve Biko and Barney Pityana said it a long time ago: black man you're on you own!

Gauteng MEC for Education Panyaza Lesufi has slammed an Afrikaans university that is set to open next year.
News
1 year ago

University of Pretoria set to change its image

The University of Pretoria (UP) is proposing to change its logo.
News
1 year ago

Afrikaans as a medium of instruction at tertiary level came under debate at the Constitutional Court on Thursday over Stellenbosch University’s ...
News
1 year ago
Next Article