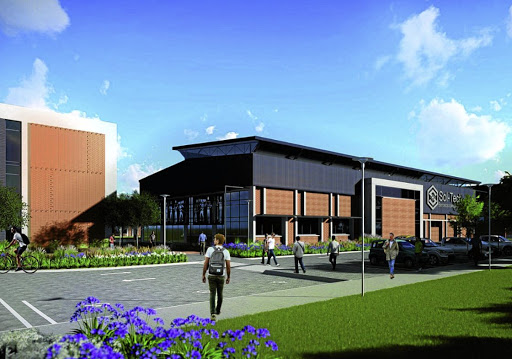 An artist's impression of the Afrikaans-medium Sol-Tech University in Centurion that the union Solidarity is planning to build to advance the education of Afrikaners. /Twitter/Solidariteit

My cousin brother sent me an electronic link that had the news about Solidarity building its Afrikaans only university.

One of the comments on that link said blacks invest in churches, prophets and pastors more than themselves. Whites invest more in themselves and their children.

They then had the past 25 years to continue to rebuild their government under the help of the constitution.

They say that they will admit everybody who is prepared to study in Afrikaans. This is a legal way of excluding the majority of South Africans.

Gauteng MEC for Education Panyaza Lesufi has slammed an Afrikaans university that is set to open next year.
News
2 years ago

They were also smart to negotiate for so many things that they still enjoy long after apartheid is gone.

Our guys were fresh from the bush, others from jail and they came out hungry. You cannot negotiate with a man whose stomach is full when yours is empty. Our leaders were not ready to continue to hunger, and like Esau in the Bible, they sold their people for a plate of food.

We can't have a black government that promises its voters "a better life for all" but succeeds in giving a worst life for most.

The economy remained in white hands and what we got was political power. That meant the only money we could get, was tax money generated by white people who are taxpayers.

Unfortunately, Solidarity will have to guard that building with an army of their own because it will be a remainder to blacks that apartheid is still alive and kicking and that the ANC government has lied to people when it said it will give them jobs, free education, free water, free electricity, etc.

I congratulate Solidarity for looking after its members. However, I am afraid because when one is rich in sea of poverty, one is likely to be a target of those who don't have.

What many of our people don't know or realise is that just under 5 million people are looking after 50 million people. Unfortunately, something is going to have to give. Unions continue to talk about the Arab Spring. What is the solution?

To form our own groups outside government who will put pressure on the government, but also look for ways of skilling our children to be self-sufficient.

We also cannot blame the government when we also don't care about the education of our children.

It can't be that under apartheid for every black graduate, there was one and a half white graduates and under a government for all, for every black child that graduates, six white children graduate.

To try and show the country that they are making strides in education, they reduce the passing mark and give pupils the perception that they are doing well, only to get stuck post-matric when all institutions of higher learning want 50% as a passing mark.

Unfortunately, I cannot condemn Solidarity because they have made it very clear who they are and who they represent.

Gauteng MEC for Education Panyaza Lesufi has slammed an Afrikaans university that is set to open next year.
News
2 years ago

Affluent black parents continue to take their children to private schools because they have the money and don't have the time to be fighting the government.

My children's school is predominantly black with about 1,043 learners.

The black parents who attended a recent AGM were only 30, and we took major decisions on behalf of more than 1,000 parents.

So, if we are chasing short- term goals at the expense of long-term goals, we will not make the kind of progress that Solidarity is making.

It is my belief that most black people would be still better off if our government did not allow corruption to fester like a sore wound. So, the statement made by Steve Biko remains true; black man, you are on your own.

*Sindane-Bloem is a life coach, author and communication strategist

Afrikaans as a medium of instruction at tertiary level came under debate at the Constitutional Court on Thursday over Stellenbosch University’s ...
News
2 years ago

A group of lecturers from universities are demanding an audit into how African languages researches are done.
News
2 years ago