Authorities must walk the talk on indigenous languages 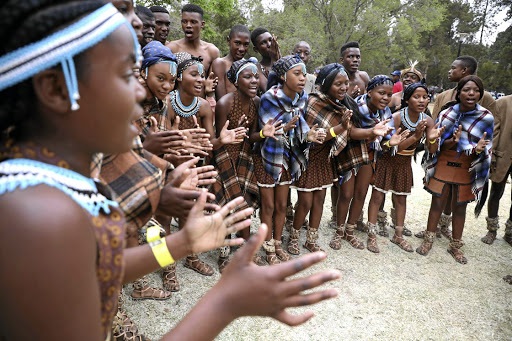 Ga eje Borekhu Group from Hammanskraal during the Heritage Day celebrations. As a core part of community identity, language is at the centre of the dominance of one group over another, the writer says.
Image: ANTONIO MUCHAVE

This year, Heritage Day comes at a time when SA is grappling with how to become and remain a socially cohesive society, where the dignity of all is upheld and defended.

Special attention this year is given to language in line with the United Nations Year of Indigenous Languages. Language continues to be an emotive and provocative issue in the country, especially in regard to the elevation of some languages above others.

This is a matter of particular relevance given that there are 11 official languages.

In his official Heritage Day address, President Cyril Ramaphosa declared that no language is superior to another and that his government is doing everything within its means to preserve and promote all SA's languages.

Previously, ethnic, cultural and linguistic differences were politicised and used as tools to divide the country's people into separate pseudo states and sections in cities' townships.

The constitution describes society as one that is united in its diversity. It recognises cultural and linguistic differences but presents these as a kaleidoscope of being rather than a justification for separation and segregation.

The return of land to black people is crucial in restoring the identity of South Africans.
News
1 year ago

That said, there is a fissure between the constitutional ideal and the reality on the ground.

Section 6 (2) of the constitution states: "Recognising the historically diminished use and status of the indigenous languages of our people, the state must take practical and positive measures to elevate the status and advance the use of these languages."

The reference to 'the historically diminished use and status' highlights the privileged status of the country's most prominent languages - English and Afrikaans.

These languages did not rise to prominence by chance or accident. English was the language of the British colonial administration.

After decades of intermittent conflict and struggle between the English and the Afrikaners, Afrikaans achieved higher status through state-backed actions and investment into its development.

As a core part of community identity, language is at the centre of the dominance of one group over another. Having the right and capacity to use our own language is a big part of being able to express freedom and is integral to dignity and equality as a human being.

Growth of Zulu in China a watershed

The introduction of Zulu lessons at a university in China will go a long way in enabling indigenous languages to be treated as academic languages.
News
1 year ago

The apartheid government, in particular, was deliberate in promoting and developing Afrikaans, which was inferior to English as a language of a marginalised and poorer class.

It is for this reason that today Afrikaans is fit for purpose across the schooling system as well as at the higher education level.

The Afrikaans and English-speaking communities continue to enjoy prominence in society and can use their economic muscle to uplift the prominence of their culture and language, and they are well within their constitutional right to do so.

Although indigenous languages enjoy equal status constitutionally, very few, if any, can boast of having a utility as advanced as that of Afrikaans. The reality is that to stand shoulder to shoulder with the likes of Afrikaans and English requires deliberate action and large investment by government.

Today, English and Afrikaans first-language speaking children have the advantage of not only being taught in their mother tongues but of being examined in it.

This is an advantage indigenous language speakers can only enjoy if the government prioritises these languages, especially in education.

Without this, Heritage Day will continue to be symbolic of unity in diversity rather than a true reflection of the equality of languages and cultures.

Our diversity should be our strength, not divide us: SAHRC

We should be celebrating our diversity, but instead it has become what divides us.So said the South African Human Rights Commission (SAHRC) on ...
News
1 year ago

South Africans united in their diversity

In colourful traditional garb and attire, hundreds of South Africans gathered at the Union Buildings to celebrate Heritage Day in style at the annual ...
News
1 year ago

Not enough progress on land issue

As we celebrated Heritage Day yesterday, it was encouraging to hear President Cyril Ramaphosa stick to his promises about the return of land as he ...
Opinion
1 year ago
Next Article