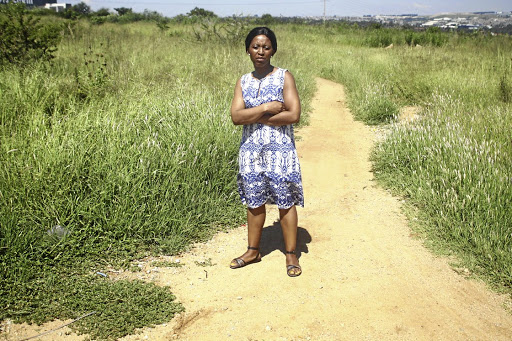 Native Building Schemes is at it again. They are busy selling land they do not own or have to desperate consumers eager to build their homes.

Consumer Line has discovered that the company is also not on the database of the department of human settlements.

Pensioners and homeseekers have been left agonising over the money they have paid and some are repaying loans for the land they may never own.

In February, Consumer Line published an article highlighting the plight of Annastacia Tsotetsi, 46, of Olievenhoutbosch in Centurion, northern Pretoria, who has been waiting for her refund of R140,000 after she discovered that the land she had paid for belonged to someone else.

At the time, Native Building Schemes promised to repay R1.8m back to buyers who were victims of the fraudulent sales.

Tsotetsi has not been refunded her money and is repaying a loan she took to pay Native Building Schemes without any hope that she will ever get her money back.

The latest victims are pensioners Mandlakayise Buthelezi, 60, of Senaoane, in Soweto, and Thabile Sibanda, 61, of Orlando West, also in Soweto.

Buthelezi warned prospective buyers not to do business with Native Building Schemes.

He said in May last year his wife, who works in Midrand, spotted an advert in which the company was inviting prospective consumers to buy land from them. The father of five said they visited the company and were taken to the land on sale.

They did not like the piece of land in Kyalami and were taken to Rietfontein, which already had constructed roads.

"I was told I needed to pay R50,000 for the piece of land in two instalments within four months after signing the contract," Buthelezi said.

He paid R50,000 in December towards the purchase of the land in Rietfontein, Pretoria.

He said he trusted Native Building Schemes because according to the contract he had signed, he would get his entire money back within 14 days should they fail to deliver by January 31 this year, he said.

Buying a house in the township which is not enmeshed in controversy seems rare nowadays. Many prospective buyers have lost their hard-earned money ...
Good Life
8 years ago

However, he was given excuses instead of the promised land.

Buthelezi said in June, he was told that the land has been rezoned and numbers allocated, but that he should wait for his title deed before he starts building his house. He said their consultant told him that the title deeds would be issued in July, and that no shacks were allowed on the land. He was also told that he should build his house within a year.

"July came and went, and when I visited their offices I discovered that they had moved without leaving a forwarding address," Buthelezi said.

He traced them to 382 Jan Smuts Avenue in Craighall Park, Randburg, and on approaching them, the consultant who attended to him blamed the delay on the sluggish municipality.

Getting comment from Msimango and his partner, Amanda Mbatyaza, proved to be impossible, they have again moved. A security guard said they vacated the building without paying rent.

Their cellphone numbers are always on voice mail, and their land line rings without being answered.

Buthelezi and Sibanda have now opened a case of theft under false pretences against Msimango and his partner.

Lack of a proper paper trail leads to misery BUYING a house is one of the biggest investments that a consumer can make.Indeed, it is not as ...
Good Life
9 years ago

DID you know the Prevention of Illegal Eviction from Unlawful Occupation of Land (PIE) Act gives illegal occupants better rights than legal owners or ...
News
6 years ago