Men are raping and killing us to remind us who's boss 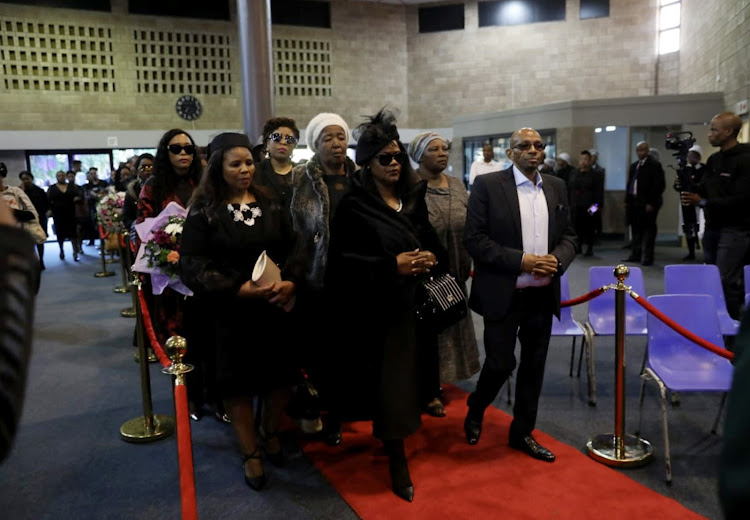 The family and friends of Uyinene Mrwetyana buried her in East London.
Image: Alan Eason

Deciding what to write about today did not come as easily as you might think.

Should I be writing yet another opinion on the widespread slaughtering of women in South Africa? Had columnists not exhausted the topic? What of news bulletins and newspaper headlines? Had we not said enough?

And the answer is no.

We have not exhausted the topic, if the perpetrators have not been exhausted. For as long as the cause exists to talk and write about this, we should.

Women are dying. Dropping. Each day a new story of a life stolen, violently removed from the land of the living.

I am amazed and shocked at how, as women we have come to live with the idea of being violated and or murdered if we dare leave the house.

At first we were told by men how to behave and exist to avoid being violated.

Don't go to clubs, don't dress provocatively, don't go out in the dark.

But as Uyinene's story showed us, they lied. It matters not to them where we are. Our mere existence anywhere in the country marks us as prey. And almost all cases include rape.

In her book Rape: A South African Nightmare, Dr Pumla Gqola describes rape thus: "Rape is the communication of patriarchal power, reining in, enforcing submission and punishing defiance. It is an extreme act of aggression and power, always gendered and enacted against the feminine."

The book makes for a harrowing read. I read it about a year-and-a-half ago, and was left raw.

This week, in the wake of everything that has happened in the country, someone shared this quote in Twitter and it chilled me.

The truth in it both chilled and grated my insides till they were raw at the same time.

We have no way of knowing if this femicide is only getting worse now or if we know more about it because women are feeling empowered to report it. And it is this empowerment that is getting us killed, isn't it?

Men hate the faintest smell of power on a woman. They loathe it.

My opinion is that this scourge is on the rise because they see how powerful we are, and the only power they truly possess is the physical power to snuff the life out of our bodies.

Men rape and kill us to remind us who's boss. In their desperate need to hold onto patriarchy men are sending us signals so that we may never forget who decides whether we live or not - not God, but them. They want to be our god.

We have stopped bowing down to them as shrines and they wake up with the sole intention of reining us back in.

Uyinene Mrwetyana’s alleged rapist and killer bought liquor and drank it after committing the alleged crimes at his Post Office workplace in Cape ...
News
2 years ago

If this weren't true, then we wouldn't have as many as we currently have being murdered by their intimate partners. And it is in these relationships where the true fight for a patriarchal ideal truly manifests itself.

I watched a couple, happy and lovey-dovey at a restaurant last week and wondered, why do we still have the will to be in relationships with these monsters?

How do you begin to trust that the man you give your number out to today will not be the reason your family picks out a casket? How do you know and trust that when you get a promotion at work he will not seek to punish you and remind you that you belong beneath him at all times?

How do you know that as you open your legs for a man and grind away that it won't be your life escaping through your vagina?

If men want us to be agreeable, to not have ambition, to not open our mouths except for their penises then I am considering it.

I do not wish to gamble with my life any longer. No-one is invested in stopping this. No-one cares enough.