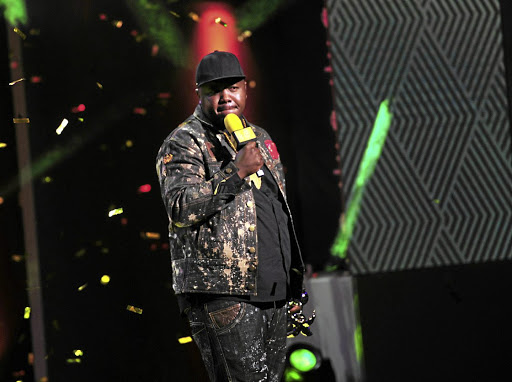 As much as stand-up comedy is a powerful tool for social commentary, it can also be a weapon that carries the prejudices of the individual on stage.

Imagine the dangers of Mussolini the comedian as Nazi Germany takes over, or queen of quips Hellen Zille trying to elicit laughs from SA's elite racists.

Or perhaps take Dave Chappelle's brilliant Netflix special, which many have found incredibly uncomfortable to watch.

In sharing his opinion on the possibility that Michael Jackson was probably not guilty, he ruffled many feathers, especially those of Twitter users who blasted him for belittling the sexual abuse victims of the deceased King of Pop.

Like many of his fellow stand-up comedians, Chappelle was quick to shut down detractors; even on the Netflix special he made it quite clear that this was an opinion that would be unfairly chastised for.

Comedian Dave Chappelle is coming to Mzansi, and we can't wait!

For decades, comedians have been the rebellious kings and queens of call-out culture.

Their social commentary aided the many issues being brought to light and highlighted, more so than anything, the absurdity of our discrimination towards each other.

However, between the cracks of humour and prejudice, stand-up comedians have been able to slip in their own hate speech as laughable maladies.

Now that the many audiences who laughed with stand-up comedians seem to be booing them, is there really a space for stand-up comedy in a world where societal introspection seems to be a social media engagement anyway?

Social media movements have spurred on subcultures like wokeness and toppled governments, as per the Arab Spring.

So, when stand-up comedians, much like Chappelle, frown upon the relevance of political uprisings birthed from social media, it plays out like toothless old lions holding on to the circus spotlight.

It is crystal clear that party leader Mmusi Maimane is not in control.
Opinion
2 years ago

Having been heckled down by woke students, Jerry Seinfeld swore to never perform to overly sensitive college audiences altogether.

At a round-table discussion with fellow stand-up comedians and actors, Tracey Morgan equated audiences who got offended to witch-hunters. And there is no forgetting Skhumba, who body-shamed women protesting against police brutality during a Fees Must Fall demonstration.

When looking at the backlash that many stand-up comedians face, it is hard not to notice that there also tends to be a racial undertone to who gets cancelled.

The swift shunning of Bill Cosby and even the superstardom Taylor Swift built as a victim of Kanye West's VMA 2009 outburst shows just how palatable a black enemy is.

Dave Chappelle's comedy has not changed, it is just as great as it was before.

We decide what does or does not offend us.

Perhaps society has become sensitive but one thing remains, the real discussions on societal ills are happening off the stage of a stand-up comedy act.

There are other places and people to laugh with and stand-up comedians have become carcasses that even culture vultures are too offended to eat.

It's not comedy when the joke is on you