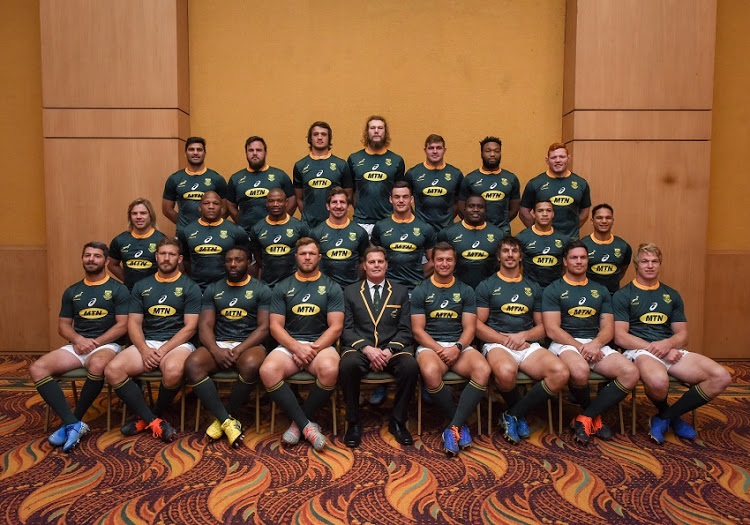 Erasmus also included Eben Etzebeth in the travelling party amid allegations that the 27-year-old lock pointed a gun at a homeless man in the coastal town of Langebaan, north of Cape Town, at the weekend.

Etzebeth has denied the allegations. We applaud Erasmus for his bold decision to pick Etzebeth as he remains innocent until proven otherwise and there is no doubt that the 78-cap star's experience will come in handy for the Springboks.

But missing in the squad is Aphiwe Dyantyi who is fighting to clear his name after he failed a dope test which was conducted at the Boks training camp on July 2.

While Odwa Dyantyi admitted at the weekend to failing the dope test, the 25-year-old Lions speedy wing has denied that he intentionally or negligently took any prohibited substance and he's out to prove his innocence.

Springbok lock Eben Etzebeth will be on the flight to Japan for the Rugby World Cup it emerged, after he had to deny assaulting a homeless man in the ...
Sport
1 year ago

But despite the off-field controversies, we have nothing but faith in the players who made the cut in the final squad.

Sbu Nkosi, the talented Sharks winger who played a blinder as the Boks saw off Argentina 24-18 in their farewell match in Pretoria a fortnight ago, made the cut and we hope he will continue with his rich vein of form in the Land of the Rising Sun.

Fit-again Siya Kolisi will captain the squad and, like many South Africans, he fancies their chances in Japan and we believe him.

The SA squad is further complemented by Frans Steyn, the veteran who remains the only member of the 2007 Jake White World Cup-winning squad.

The World Cup could also not have come at the better time for SA when confidence is sky high in the Boks camp following their Rugby Championship triumph in Salta early this month.

For consistency, Erasmus rightfully included Handre Pollard in the squad after the intrepid fly-half inspired the Boks to a Rugby Championship win - scoring 31 points in the final against Argentina.

The Springboks leave for Japan on Friday and we are hopeful they will give a good account of themselves in their final preparatory match against hosts Japan on September 6.

They should also do the same in their Pool B opener to kick start their World Cup campaign against traditional foes and defending champions New Zealand.

Springbok lock Eben Etzebeth has been accused on social media of assaulting a man in Langebaan over the weekend.
News
1 year ago

Rassie Erasmus’s World Cup squad unveiling on Monday is likely to be the least surprising since Jake White named the 2007 vintage because the current ...
Sport
1 year ago
Next Article