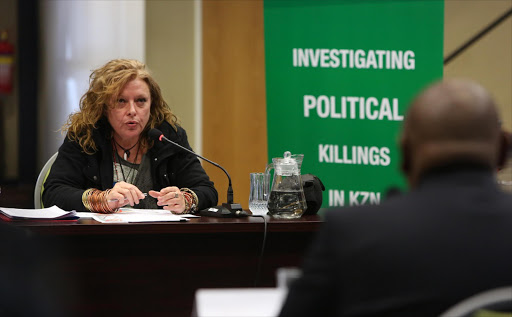 What is the changing landscape of violence in SA and what does it suggest for society. As we try to celebrate our women during this month of women, it is difficult to think so in the face of mounting violence against women and children.

It is also difficult to do so when we are awash with murder in the Cape Flats which have through stray bullets and the like maimed and killed children, traumatised our future in ways hitherto unseen under democratic rule.

This wave of intensified forms of violence contrasts with previous theatres of violence which increasingly have abated and changed the shape of protagonists.

In this piece we explore how the shape of political violence and violence especially in soccer have changed. The question is what do these changes suggest?

Cape Flats violence 'at worst ever' with 1,600 murdered already this year

So far this year, 900 people have been murdered in gang violence on the Cape Flats, bringing the total number of murders in the area to 1,600.
News
3 years ago

The thrust, however, is about football and changes in political violence from the situation in the 1980s to the dawn of democracy and shortly after. Here both politicians and spectators were perpetrators and victims of violence.

In the 1970s to 80s, top-flight local football games used to be tense among fans and violence would erupt at the slightest of provocations. That this pattern changed is something worth noting, and it is a feature largely observed with the onset of democracy.

What has been prominent in the recent past has been intra-party unease and intra-club disquiet. For soccer clubs the violence is often directed at the coach and or the players or at stadium property.

In politics, especially in the ruling party, killings have been inflicted among members. Such internecine killings have also taken place within opposition parties.

The ANC in KwaZulu-Natal has requested an urgent meeting with President Cyril Ramaphosa to discuss what it calls the “Hollywood-style” arrest of its ...
News
3 years ago

These forms of violence are certainly regrettable regardless of their circumstances. Nonetheless, this pattern of facing up to your own purports a new form or a bravery of sorts that expresses dissatisfaction to your own.

A realisation to an extent that the sources of problems do not necessarily derive from outside but are largely fomented internally.

This form of internal democracy and strife has exacted accountability from players, coaches and soccer bosses, with the greatest victims being the coaches who have been changed as rapidly and a search for one who might bring results is set in motion.

In similar ways the ensuing internal party conflict in our politics, which by all counts has plunged our country to depths we never imagined, illustrate the significance of democratisation of society.

Police minister Bheki Cele has warned KwaZulu-Natal police officers not to be tempted by unscrupulous politicians ahead of the national elections.
News
3 years ago

The green shoots we see in sports suggest the change that has to happen actually is to happen in areas that appear peripheral to politics but illustrate the power of the fans. That the fans can exact accountability and when they do change is fast.

Similarly, it is clear that society is a powerful force that should and can demand accountability for faster change. Even better still the level and depth of intraclub and intraparty violence compared to interclub and interparty violence is at a scale that is much lower and less pronounced.

As we muddle through our self- inflicted economic tragedy, it is to these cultural effects of sports that we should look to gain lessons on how we can build peace and reconstruct accountability.