Black experience should have taught us about hate 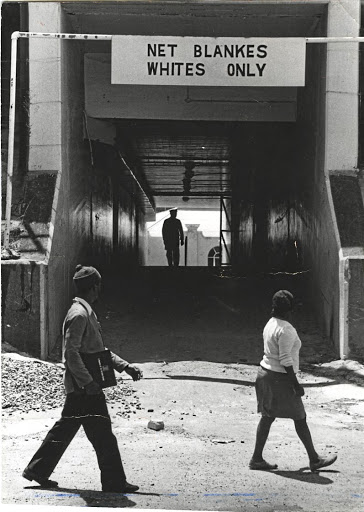 Of the many things that can conjure a sombre mood in this country, for black people at least, are the dark images from the apartheid era.

The inhumanity captured in so many stills of moments and episodes that eroded the self-worth of many men and women is a pain whose ebb eludes us.

The damage that apartheid inflicted on black people is something we live with daily.

Black families have been broken and bludgeoned into nothing that resembles what love and family should be. Only to have that brokenness thrown back in our faces when we wrestle and writhe to make something of pictures that have faded so badly, you don't know which end is which.

As blacks we understand and share this pain, which is why when theory speaks of masculinity, we know that there is that and there is black South African masculinity. A unique outlook and presentation, broken and shaped by the unique experiences of this country.

It shames me hugely to belong to a community of people who are unable to use their experiences to inform their view of the world.

This past week has been a thoroughly numbing time experiencing the homophobia being spewed carelessly around. The comments made by Zodwa Wabantu were reckless and unfortunate, the conversations thereafter shameful. The DJ whose name I'd rather not mention was even worse.

SA needs to shake off pervading culture of patronage

You need a connection at a funeral to have access to the best of the best, right down to the best scones that are usually stored in the bedroom where ...
Opinion
2 years ago

We condemn these comments when they are made in public, we threaten to shut things down and to boycott things. As if we have ever successfully shut down anything other than the parts of our brains that ought to be thinking about positive influence.

Who are we in private when we aren't afraid of being called out? Check your conversations and what they are enabling.

What conversations are you having in private about homosexuality that are hateful and inciteful?

Any illness that comes from a society, speaks to a deeper rot within that society.

The fact that people can boldly spew homophobia in public means that somewhere at dinner tables and braais, it was encouraged. People say these things because in their environments it is okay.

Homosexuality need not be a factor in your life unless you are homosexual, but people's hatred and bigotry has made it our business. People's sexuality has nothing to do with other people.

My appeal to black South Africans is this, as people who have been hurt just for being born, how are you comfortable doing that to other groups of people?