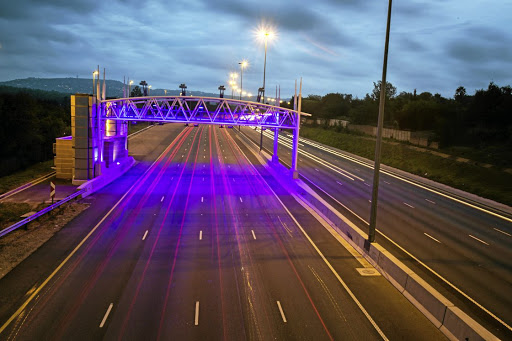 An e-toll gantry in the ongoing saga in Johannesburg. / Daniel Born

Five years since the launch of the Gauteng e-toll system in 2013 and the ANC continues to be divided over the issue.

Twitter shouldn't be the place where such important matters of policy are thrashed out. Nevertheless, despite his poor choice of platform, finance minister Tito Mboweni raised a critical point about the implications of the e-tolls stalemate.

For all the talk about wanting to grow the economy and create jobs, the ANC's handling of the discontent over e-tolls demonstrates the party's disregard of the importance of the government providing policy certainty.

Regardless of the Gauteng ANC's stance, e-tolling remains government policy.

Until such a time that the national government reviews and sets aside the Gauteng Freeway Improvement Proposal (GFIP) approved and adopted by cabinet in 2007 as a state-implemented toll scheme, the policy is legal and applicable.

As the controversy over the e-tolls in Gauteng rages, transport minister Fikile Mbalula has told MPs that national roads agency Sanral is due to ...
News
2 years ago

Even the courts have declined to pronounce on the merits of the e-toll scheme, placing the onus on the government.

Reflecting on the 2012 Constitutional Court judgment in the application brought to interdict the e-toll system, the high court judgment on Outa's application to have it set aside states: "...the merits of using toll as a means to finance the GFIP scheme and the proposed e-toll tariffs which would be necessary to finance the scheme, are irrelevant considerations for the purpose of this review.

Those fall within the preserve of executive government and therefore outside the jurisdiction of this court."

As Mboweni stated in his tweet, before any investor, domestic or international, embarks on the risky activity of putting capital into a business venture, there is a consideration to be made about future returns.

Mbalula has balancing act over e-tolls

R25bn budget to expand roads in SA
News
2 years ago

If there is uncertainty about the realisation of future returns, it is unlikely that investors would commit their funds to any long-term investment.

Investment in large infrastructure projects such as the construction and maintenance of roads is crucial to driving economic activity and development.

The reality is that such projects cannot rely solely on national budget allocations because of the existing constraints. There are just too many competing priorities, including the pressure of servicing debt.

But Mboweni is articulating government policy. Sanral's implementation of the scheme is underpinned by the same.

The Constitutional Court supported Sanral in its judgment setting aside the high court decision to issue an interdict against e-tolling as follows: "The South African National Roads Agency Limited has to make its decision within the framework of government policy. That policy excludes funding alternatives other than tolling."

The ANC position that Maile is articulating does not trump government policy.

In an attempt to be responsive to the outcry from labour, in the form of Cosatu, and civil society, former president Jacob Zuma set up a task team to look into mitigating the adverse effects on Gauteng motorists.

Makhura established a review panel which, in 2015, recommended a review of the system, saying that the government should investigate other models to finance the roads. The ANC in Gauteng then resolved to scrap e-tolls, challenging the government's policy.

It was clear then that this decision was made in light of the then imminent 2016 local government elections. Fearing the impact Zuma's Nkandla debacle would have on the ANC's performance, the provincial leadership opted to take advantage of the low-hanging fruit of e-tolls.

But what is good for an election campaign is not necessarily good for creating an environment conducive for investment.

The Gauteng ANC's stance has placed national government in a difficult position. It has not been eager to support scrapping e-tolls largely because of the financial implications of funding the project from state coffers.

The onus is on President Cyril Ramaphosa and his cabinet to decide whether or not to amend government policy on tolling and they should do so urgently.