Give it your all, Bafana Bafana! 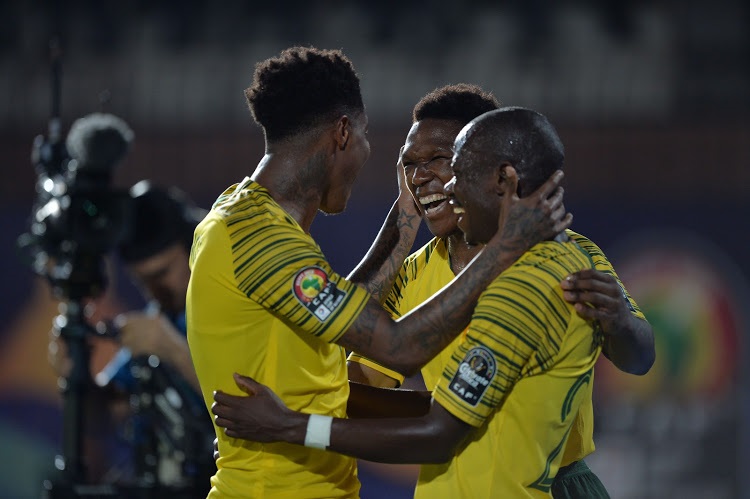 After taking an unconvincing path to the knockout phase, Bafana Bafana have a great opportunity to show all and sundry that they have some competence about them.

Our national side just about squeezed into the Africa Cup of Nations last 16 this week, as one of the best third-placed teams, taking the very last spot following Angola's narrow defeat to Mali on Tuesday.

The past week has truly been stressful to be a Bafana fan. First, they opened their Group D in Egypt with a laborious 0-1 defeat to Ivory Coast, then followed it up with an equally forgettable 1-0 win over neighbours Namibia.

As if that wasn't enough, Bafana put South Africans through further strain when they held Morocco for almost 90 minutes on Monday, only to concede a goal with virtually the very last kick of the match and lose their second game in three pool matches.

Midfielder got injured in SA's opening match
Sport
2 years ago

That result meant South Africans had to spend another sleepless night wondering if their side had made it. Thankfully, we did, after results elsewhere went Bafana's way.

Now there's a huge opportunity for Stuart Baxter's men to win our hearts again, to show us that they deserve to be among the best 16 teams on the continent.

They take on Egypt, undoubtedly the toughest team as the hosts have a 100%t record from the group phase, tomorrow evening. Commentators have warned of a hostile atmosphere at Cairo International Stadium, which is expected to attract a capacity crowd of 75,000.

Notoriously, Egypt fans are some of the most intimidating in the world. They will bring with them laser beams, whistles, drums and all sorts of noisy instruments to make the stadium an unbearable cauldron for Bafana.

Egyptians are nowhere near as confident as South Africans might think of their national team beating Bafana Bafana in Saturday's 2019 Africa Cup of ...
Sport
2 years ago

For some in our team, it will be a totally new experience, and even those who've been in that situation before could feel a bit anxious.

It's exactly for that reason that we urge Bafana to do the country proud, to confound sceptics and give their all, when almost everyone expects them to be lambs to slaughter.

All we are asking for, is a vastly improved performance from the previous three. We want to see the will to fight and die for the country, attempts at goal, eye-catching football and most importantly, a team we can identify with. Surely that's not too much to ask!