Johnny not only a soccer genius but a shrewd innovator 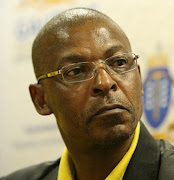 He brought to me as the statistician-general of SA an innovation of incredible possibilities. He has been seized by the desire to measure for performance.

Johnny "Black Sunday" Masegela, a soccer doyen of Soweto who played for Jomo Cosmos and later Orlando Pirates, joined Statistics South Africa as one of the many who would participate in the historic count of the nation, the very first time in a democratic South Africa.

I had the burden of responsibility to lead this massive operation. It came in the aftermath of the Rugby World Cup and the Africa Cup of Nations, adding to the euphoria of a nation in the making.

I had to lead sessions across the country to assess the level of readiness to undertake this task. I must say it was daunting. As for Johnny, he was known to Hlabi Morudu, a Rockville lad.

Hlabi and I come a long way from the National University of Lesotho, where he distinguished himself as a talented football player.

As a treasurer of Rovers FC and also responsible for Mzalas, the student club, I ensured that Hlabi the Dancing Shoes does not go to Rockville during the winter vacation.

So I arranged a vacation job for him so that our club could continue winning games. When he later completed at Roma he joined me at the department of economic affairs in Mmabatho - himself in planning and I in statistics.

He stayed with me and became part of my family before he jetted out to Notre Dame in France to do a PhD. So when in 1996 he asked me about Johnny, who works at the Central Statistical Service (CSS), I was obliged to know who this Johnny is.

Johnny and I continued to exchange pleasantries for the next five years from 1996.

To pursue my passion for capacity building, in 2003 I introduced Maths4Stats as an important element of ensuring that the minds of the young are prepared well ahead to engage the subject of statistics.

Once SA won the rights to host the "World Cup" of Statistics by the International Statistics Institute (ISI), the way was paved for it to win the rights of hosting the World Cup.

Statistically, it was so proven that countries that hosted the ISI also hosted the World Cup - France, South Korea and Germany did so and so the turn was for SA.

The question was what would be the stasoccstics (statistics and soccer) legacy that South Africa would remain with after both the ISI and the World Cup are gone. This was when the brilliance of Johnny emerged.

He needed a meeting with me and arranged it with Lena, my PA. Obviously I had to oblige because Hlabi had spoken highly of Johnny, whom he knew from the Rockville Hungry Lions days. After two weeks we met.

He came with a concept that to this day remains with me on how best to measure soccer players for performance, especially getting this right because often they lie about their age.

To this end, he saw talent identification at schools as a remedy and that this talent should be followed and thus eliminate the age reduction syndrome. Johnny, as early as 2007, had already theorised about an incorruptible process of irreversible recording and record-keeping process. In modern-day information technology language, it is called blockchain technology.

So I said to him, "Johnny, your idea is great, why don't we expand it to building capability amongst children to be competent in statistics. Thus the Soccer4Statistics was born in 2007 as a stasoccstics legacy. At the ISI in August 2009, we invited school children from around the world to witness the power of Soccer4Stats.

Fast-forward to 2010, Johnny had negotiated with Safa and different clubs and the likes of Lionel Messi, Ronaldo et al would have regaled our young minds with gamification.

Johnny, under the guidance of Hlabi, has developed a full journal article for publishing on his innovation for impact. Johnny is an innovator par excellence.

When the class of 1976 is asked to stand up and answer how they addressed the plight of our children's education, today Johnny, without any fear of contradiction, will be counted with his far-reaching innovation on blockchain and gamification.

Dr Lehohla is the former statistician-general of SA