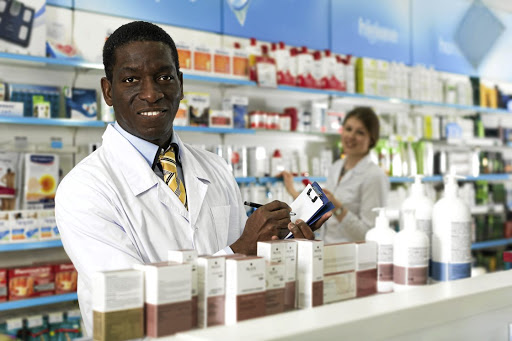 Small pharmacies have been reduced to shops selling cosmetic products while great chain pharmacies are thriving and making millions, according to the writer. /123RF

Medical schemes are simply rogue. The complaints and grievances expressed by various healthcare practitioners lays bare how the Council of Medical Scheme, which is a statutory body meant to regulate medical schemes, is in fact a toothless watchdog.

Reports suggest that black medical practitioners are "struggling to get paid for services they provide to medical aid clients and believe the difficulty may be because of racism".

Imagine that the National Health Care Professionals Association was of the view that a commission of inquiry into the payment methods of medical aid schemes was necessary.

Healthcare must come before profit

The fight meant she could not get a life-saving dialysis session.
Opinion
2 years ago

Of course, the toothless council is said to be now "initiating a probe into the conduct of medical aids accused of racial discrimination as well as intimidation".

But I wouldn't hold my breath because such accusations against medical schemes are not new.

In 2003, the Society of General/Family Practitioners and the SA Medical Association (Sama) lambasted Medscheme for spying on doctors, harassing patients by visiting them at their home or workplace and questioning them about the treatment they received from a particular practitioner.

But it is more concerning that medical schemes have continued to run rogue "investigative units" nonetheless. A doctor recently told me how medical schemes still send investigators to pose as patients.

The Council for Medical Schemes (CMS) says advocate Tembeka Ngcukaitobi will chair an investigation into allegations of racial profiling against ...
News
2 years ago

He was told by a certain medical scheme not to do a sonar unless if it was necessary and questioned why he had prescribed or dispensed certain medicine that was more expensive - he said the difference was a mere R4.

Furthermore, it seems that medical schemes do not have the best interests of the member. Their goal is to retain funds for dividends and to frustrate medical professionals.

The report on the racial discrimination by medical schemes further details how medical schemes have "hijacked" services rendered to patients, according to Sama's chair Dr Donald Gumede.

There is a high level of concentration in the medical schemes and private hospital markets‚ according to the findings of an inquiry into the private ...
Business
3 years ago

It is bullying when small pharmacies have been forced to accept lower tariffs offered by medical schemes to become part of their respective provider networks since the alternative is facing the prospects of closing their business.

This happened to Alfred Mokoditoa, according to a report. Mokoditoa was an independent pharmacist but in 2011 he had to close his four pharmacies. He also accused medical schemes of discrimination, humiliation and bullying. Medical schemes are now also implementing "formularies" for members and choosing "an out-of-formulary item, even at a DSP, the member will incur a 20% co-payment as a penalty", according to Naidoo.

It should be condemned that small pharmacies have been reduced to shops selling cosmetic products while great chain pharmacies are thriving and making millions.

You don't pay VAT on your medical scheme contributions.
Business
3 years ago

Medical scheme contributions will increase by approximately 7.75% on average this year.
Business
3 years ago
Next Article