How the gay community is saving Xhosa culture 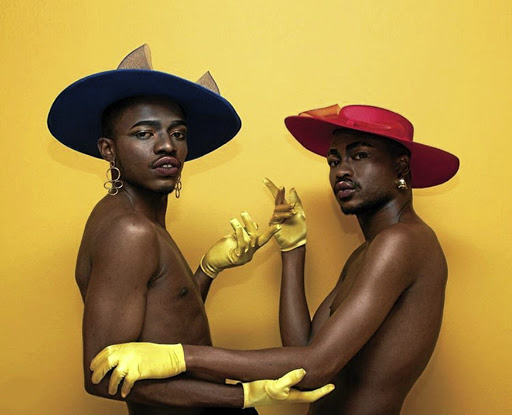 I was browsing Twitter earlier this week and came across a short film about queer men in an initiation school.

No, it was not Inxeba but I spent quite a lot of time hunting it down in the hopes of understanding what it hoped to explore at such an apt time; international pride month is coming to a close and Xhosa initiations are now in full swing.

Xhosa culture tends to carry the stereotype of being as binary as the prints that dominate our beautiful attire. Such a film helps lift the dark cloud that often defines it as one of patriarchal privilege.

For many, this might not be a problem but this played itself out during my time in initiation. The first bout of shock came from the anticlimactic origins story, which left me pondering the whole point of having gone there in the first place.

The second strike came when a fellow initiate was unavailable for our occasional gab sessions, or as I like to call them, man-gossip. Man-gossip is a very special kind of tea. It is sipped under the same grapevine as the hypocrisy and hysteria it stems from.

On that particular day my fellow initiates were enamoured by how our absent friend was finally straight thanks to being on such holy ground. With this kind of deluded masculinity I was surprised that they did not find him a wife there and then.

The poor chap could have fought a lion with his bare hands and his masculinity would still be questionable because he had too much soprano in his yell.

The third and ultimate strike was at the very end of the process as ikrwala (a new man).

After weeks in the veld transitioning into a man the entire process concluded in having to wear dandy threads to facilitate one's newness into manhood.

It was disappointing to have an enlightening experience surrounding my culture that I never quite felt a part of and often oppressed by, only to realise that it had reached a point of conformity where it suckled on the breast of colonialism.

How can a black man be contentedly defined by white oppression? It is absolutely absurd.

It is due to this kind of thinking and unwavering loyalty to the culture that I find comfort in the disruptive nature of queer artists.

Bongani Njalo recently had a performance art piece in which he was clad in nothing but layers of toule, trotting in heels and touting a staff with a trail of balloons behind him.

The eyesore performance was titled Abafana Abafani (boys are not the same) and confronted issues of masculinity and sexuality. His shocking performance is a celebration of individuality, something he too understood lacked in our culture.

And then there is also FAKA.

The cultural movement was started by friends Thato "Fela Gucci" Ramaisa and Buyani "Desire Marea" Duma. The duo are not limited to expressing their art through music but blur the lines in terms of gender and sexuality as a means of creating spaces where black queerness can be celebrated.

And then there is Zanele Muholi, a female artist who often credits herself as an activist. Her work mainly comprises photography that has been a vital documentation of LGBTI+ individuals. Muholi has also led conversations surrounding the hate crimes directed at black lesbian women, especially in townships.

Each of these artists (and many others like them who aren't even directly part of Xhosa culture) have created work that is able to explore masculinity as more than just oppressive.

In using boundless femininity as a springboard, each of these artists allows members of the culture an opportunity to re-imagine the constructs of how one should best explore the limitations of gender.

In its rigidness Xhosa culture threatens to become archaic and difficult to understand but through the existence of queer artists there is a great hope that even the staunch constructs that define the systems surrounding it will help it evolve into a culture of inclusivity.