Dream Sona speech shouldn't be taken out of Africa for comparison 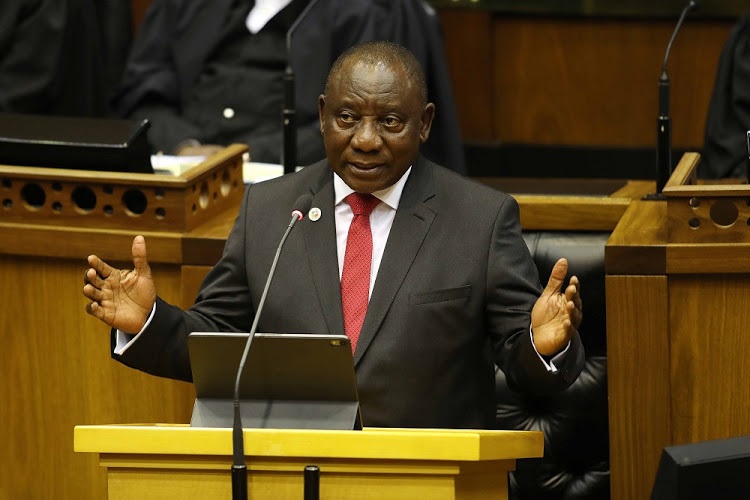 "Internationalist thinkers", and there are many in our beloved country who, when juxtaposing seminal addresses or speeches delivered by our leaders do so by going beyond our continent.

I attribute this to the many centuries of subjugation we suffered before the dawn of our democracy in 1994.

It isn't uncommon for us to opine that when DA leader Mmusi Maimane speaks, he mirrors or fashions himself on former US president Barack Obama.

I was thus not surprised post the State of the Nation Address (Sona) last Thursday that commentators and political parties concluded that President Cyril Ramaphosa's speech was a dream ala JF Kennedy's.

Some ventured further and said the president's address was nothing but a dream.

Centuries of oppression which, in my view, will take South Africans a long time and serious concerted effort to undo, have blurred us so blindly that we cease to think about the dream of Mwalimu, Julius Nyerere.

If we did, we would know today that presidents the world over, set the tone of the direction which they intend their countries to take through dreams.

On June 25 2019 Julius Malema attended and spoke at a joint sitting, the topic was a debate on the President's State of the nation Address. Malema touched on various issues including land reform.

We would have known that liberation movements leaders in Africa, drank from the dream well of knowledge from Mwalimu.

Dreams, or shall I say teachings, for the benefit of those who literarily interpret dreams and fail to comprehend what they mean, of the founding father of democracy in Tanzania are today as apt as they were in Nyerere's time.

Contextually interpreted, "presidential dreams" are visions which functionaries in all arms of government - state-owned enterprises, the private sector and society at large must interpret and concretise.

We have for a number of years yearned for a dream Sona to shock our collective conscience.

The varied responses attest that Ramaphosa's speech did exactly that. Is it the first that we imbibe a dream Sona, which post delivery left us unable to contextually interpret?

President Thabo Mbeki delivered his seminal "I am an African" dream, and we likened him with Martin Luther King Jr of the US. Would we think about likening Mbeki's address to the one delivered by President Mzee Jomo Kenyatta?

The FW de Klerk foundation has come out in support of President Cyril Ramaphosa's 2019 state of the nation address, commending his stance on the role ...
News
2 years ago

We are simply wired to look beyond our continent. Responses to Mbeki's "I am an African" speech weren't too dissimilar to Ramaphosa's post delivery of Mbeki's dream.

Some of my fellow white compatriots simply said at the time that they were scared.

They didn't understand what Mbeki meant when he said "At times, and in fear, I have wondered whether I should concede equal citizenship of our country to the leopard and the lion; the elephant and the springbok; the hyena; the black mamba and the pestilential mosquito."

Had Mbeki's "I am an African" dream clicked in our collective minds when Ramaphosa delivered his Sona, there wouldn't have been at least; any need for some of our commentators and political parties to liken the speech to JFK.

Mbeki was in the joint sitting of parliament when Ramaphosa delivered his dream on 20 June 2019.

Had they cared to know what Ramaphosa's dream meant contextually, Mbeki would probably have interpreted his successor's dream for them.

Rand at two-month high to the dollar ahead of Sona

The rand has firmed against the dollar, but has weakened against the euro, as analysts warn the local currency’s outlook remains somewhat cloudy
Business
2 years ago

President Ramaphosa's Dream and again, for the uninitiated, isn't a policy statement.

It is a vision, which if we put all our hands on deck, can be realised.

Transforming Shanghai Pudong from a village to a city was too complex yet that dream was realised. Our country isn't short of space.

A new city can, with ease, be built around Tubatse or Makhado corridor in Limpopo, for example. Infrastructure already exists for such a dream to be realised.

In the Northern Cape, in Springbok, a city can be built with the easiest of ease.

Infrastructure already exists for this dream to be realised... if we all put our hands on deck.

I know that political adversaries seldom cheer one another. So when I listened to some of our commentators and political parties responding to Ramaphosa's dream Sona, I took shade in a Venda dictum: Livhanga li vhanga u swika li tshi fa.

Venda being one of the official languages, I won't bore you with translation.

Opposition parties rejected President Cyril Ramaphosa's State of the Nation Address on Thursday as nothing new but  "a pipe dream".
News
2 years ago

Ramaphosa warns: The days of boycotting electricity payments are over

President Cyril Ramaphosa on Thursday announced that government would clamp down on the culture of non-payment for electricity as part of plans to ...
News
2 years ago
Next Article