Use the law to end road carnage 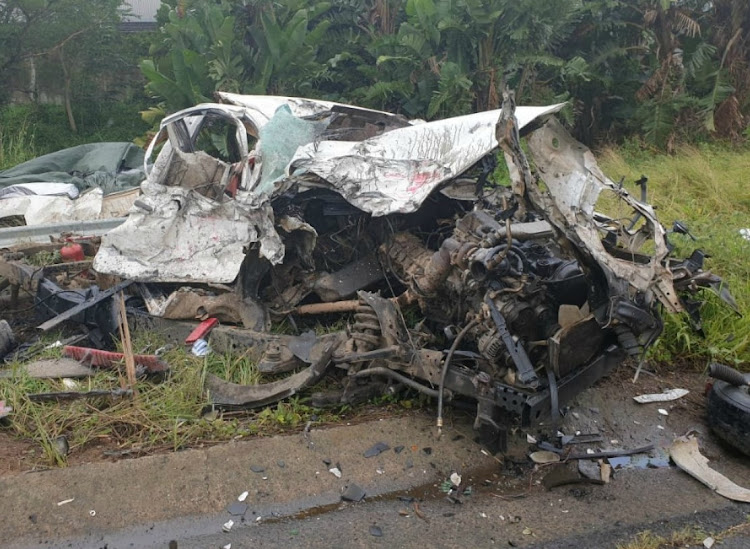 The carnage on SA roads over the weekend shows how unruly some drivers can be as far as the observance of the traffic laws are concerned.
Image: Rescue Care

The long weekend that we were looking forward to has come and gone.

The Youth Day weekend had various activities, including drinking parties and political parties holding rallies on Sunday to pay tribute to the heroes and heroines of the June 16 uprising. On the same day, fathers were spoilt rotten by their children and loved ones as they celebrated Fathers' Day.

But there was nothing to celebrate about SA's track record as far as road fatalities are concerned. Up to 40 people, including children, perished in horrific car accidents, thanks to reckless and negligence driving.

In the "worst collision" of the long weekend, 24 youths perished when their overloaded minibus taxi collided head-on with a bus in Limpopo.

According to authorities, the 14-seater vehicle was crammed with 25 people.

This shows how unruly some drivers can be as far as the observance of the traffic laws are concerned.

About 40 people perished on SA roads while dozens suffered injuries in what has been described as one of the "bloodiest weekend".
News
2 years ago

The travelling group were reportedly returning from a June 16 party in the area. Though the taxi was booked and paid for, the driver, or least the owner, should have known better about the pitfalls of overloading.

The weekend fatalities are overly disturbing because, from the observation of the authorities, speed and general lawlessness were at play in all the crashes that claimed 40 lives by late Sunday in three provinces alone.

Reports on decreased accident toll during the Easter weekend had increased hopes that finally South Africa was moving away from its usual peak-season road fatalities.

That would now appear to have been false expectation.

This begs the following questions: Are traffic officers, police and other law enforcement agencies doing enough to end the road carnage? Do our courts impose fitting prison sentences for reckless and negligent drivers?

The visibility of law enforcement on the roads should be evident all the time, not only during special weekends and holiday peak seasons.

What happened to the Arrive Alive campaign? We only hear about it during these periods. This is a call to law enforcement to show no mercy to offending motorists.

Negligent driving must be duly punished and unroadworthy cars be taken off our roads.

Law and order must be restored. We have had enough as a nation.

Put up a stop sign to the buying of driver's licences

It is bad enough that we have carnage on our roads, with people who have been drivers for years contributing to the scourge.
Opinion
2 years ago

Six burn to death in pre-Easter road carnage in Limpopo

Just days ahead of the Easter traffic rush‚ six people have died in a a car crash near Marble Hall in Limpopo‚ Arrive Alive reported on Sunday.
News
3 years ago
Next Article