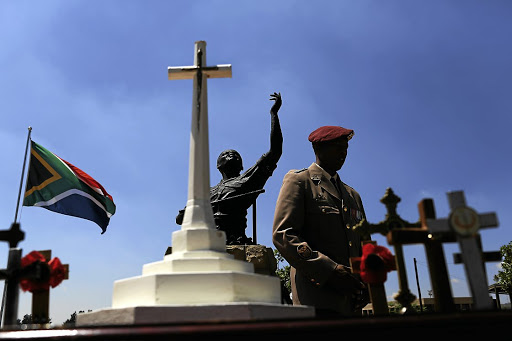 When I mention the United States of America, what springs to mind? I find myself thinking of movies old and new: from Gone with the Wind to Twelve Years a Slave; from Casablanca, to The Bourne Identity.

Yes, when I think of America I think of the music - everything from old-school Dixieland jazz to Bruce Springsteen's rock howls; from Aretha Franklin's soul sound, to Nicki Minaj's in your face hip-hop taunts. I find myself thinking of its best writers, ranging from James Baldwin to Angela Thomas of The Hate U Give.

When I think of France, I think high fashion, romance and the Eiffel Tower.

When I think of England I think of the Buckingham Palace and great football.

When I think of Germany, I think of BMW and good beer, and Kant and Goethe, and other philosophers.

In other words, when we think of many influential parts of the world we think of culture, first and foremost. For culture manifests itself through the books, movies, music, fashion, food that great nations produce.

This question of how a nation leaves an indelible mark on the world occurred to me when I was in Norway last week.

I'd been invited to participate in the annual Bergen National Festival, held in the eponymous town every June. It's a massive festival that runs for two weeks. For the past seven years the festival has hosted music performances, stage plays, discussions and talks with internationally famous writers.

I had been invited to give a talk on my book Dancing the Death Drill, based on and inspired by the February 1917 sinking of the SS Mendi.

The SS Mendi was a troopship carrying black South African soldiers on their way to France to serve alongside Britain and its allies during World War 1.

In addition, the festival organisers had also invited Isango Ensemble, the Cape Town theatre company, to perform its stage adaptation of the book.

As illustrated, it is generally through cultural output that many nations project themselves onto the world. We might hate American politics, but we can't help falling in love with its cultural products.

It is no accident that America makes the bulk of its money from these. Yes, it makes a lot of money by the manufacture of weapons, but cultural products are a close second in the hierarchy of industries that generate income for the country.

With our gold reserves nearing depletion, our economy has had to reposition itself to focus on tourism as a source of revenue. We are not doing badly in that regard.

But it is surprising that we have not looked at the arts - movies, books, music, theatre, fine art - not only as potential generators of revenue but also as tools to market ourselves to the world.

When you arrive overseas and introduce yourself as a South African you're likely to be greeted with two responses: "Mandela!" After a pause: "How is the crime situation now in your country?"

These are the stories that have been sold to the world about who we are. Mandela. And crime.

We have the potential to create a movie industry that can challenge Hollywood; a book industry that can stand proudly on the international stage. If only there was a political will to invest energy and money in those endeavours.

In the US and other progressive countries, if an artist comes up with a sound proposal for a project, they get funding. They stage productions which make money. They get to make a decent living. Government collects due taxes from them.

Everyone is happy. There's no reason this country can't generate revenue from the arts while also projecting a more positive image of ourselves to the world.

Archbishop Thabo Makgoba has called in his Christmas sermon for the new leadership of the ANC to act “quickly and decisively” to replace President ...
News
4 years ago
Next Article