Men are trash but they are victims too 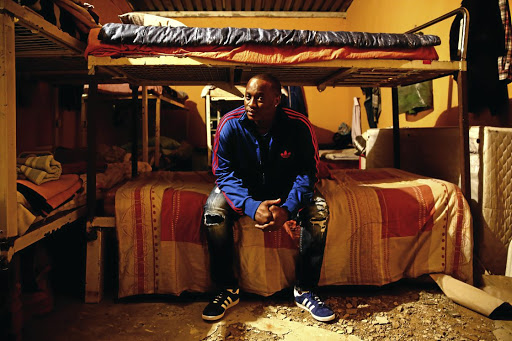 Am I the only millennial who has not signed the petition against Moja Love's Uyajola 9/9?

I don't plan on doing so, but that does not take away the important note that the show is incredibly problematic and just because it has a counterpart in the un-United States of America it does not mean we're being too sensitive.

Speaking of "sensitivity", it seems to be the scapegoat term for many unbothered citizens lately.

It reminds me of the subtle brilliance of a prank video that has done a viral round on Twitter this week.

The video features a sexy blonde woman who is in an elevator with one man at a time.

While in the elevator, she is possessed by Nelly's 2002 chart topper Hot in Herre and as the lyrics suggest, she says it's getting quite heated in the confined space and perhaps it would be wise if she were to let her bosom breathe.

And so she does. She pulls up her shirt to expose her breasts and asks her male counterparts if they would like to touch her titillating tits.

Jub Jub Maarohanye has made a dramatic re-entrance to public life after his jail stint with his reality show Uyajola - and he has added to it by ...
Entertainment
3 years ago

To up the ante on the roused gents who refuses to touch her, she pulls down her pants just for control.

I'm not a fan of flipping gender roles, but had I not done so, I would have missed something very important about this problematic prank.

If the young woman was a man and he was alone in an elevator with a woman, it would not be laughable that he dangled his penis in front of her, asking if she would love to feel the throbbing might of his third leg.

Pranks, in their purest nature, are really an innocent joke meant to bring about extreme levels of humiliation, however, they can also be
the highest form of a social experiment.

They play around with social ills and reflect them to the audience like a laughable Snapchat filter.

In this case, we are confronted with the overly sexualised female body - are these men going to ignore the young woman or are they going to conform to pre-set societal expectations and grope as much of her sumptuous breasts as possible?

The management of Joburg club, Taboo has denied that there is any truth behind the tweet which stated that muso and presenter Molemo Jub Jub ...
Entertainment
3 years ago

The prank only works and is hilarious if you do not look at the woman's act as a sexual assault - which is exactly what it is.

It allows the viewer to escape the idea that sexual assault is limited to a physical act of being touched inappropriately or raped.

Men, who are the biggest perpetrators of sexual assault, are now put in what seems like a consenting situation when in fact they are in a space which quite literally limits their choices.

Refusing to acknowledge men as victims limits us to the belief that men are always perpetrators.

Just like the perceived innocence of Moja Love's problematic programmes that are just fun and not that big a deal.

It is the blind assumption that they are not donating lump sums into the big banks of internalised sexism, racism or homophobia.

Men are trash, but that does not take away the fact that men are also victims and not social experiments to laugh at when we feel like it.