Naledi Pandor poised to be perfect minister for her portfolio 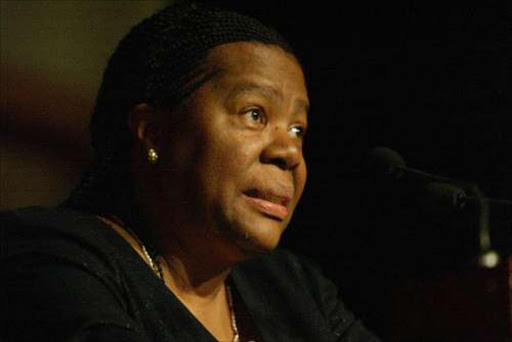 South Africans have recently participated in elections which saw the ANC given a mandate to govern for the sixth consecutive time since the historic democratic polls of 1994.

President Cyril Ramaphosa is a known and respected conciliator and has played a crucial role in uniting all races in our country. Many see him as Mandela-like with his talks around peace and his promotion of racial harmony.

While we still experience isolated cases of racism, our country remains an embodiment of peace and a symbol of hope to all the regions facing conflicts today.

As South Africans who have overcome our racially oppressive past, we still have sufficient experience to tell the world about war and peace.

Rather, we tend to blame foreign countries for almost everything bad happening to us because we have weak foreign policies; we take indecisive diplomatic decisions which are of little benefit to our own people, for whom grinding daily poverty is a reality.

Perhaps this will now change, with the appointment of Dr Naledi Pandor as minister of international relations and co-operation. She is a widely respected politician with excellent academic and political credentials (she is, after all, the granddaughter of the legendary Dr ZK Matthews).

Half of Ramaphosa's ministers are women: this is the power squad

It is an important position and requires someone who has genuine gravitas.

It is clear that Ramaphosa was not happy with the way in which Lindiwe Sisulu dealt with the issue around the downgrading of the SA embassy in Israel. Nor was he pleased with her handling of a diplomatic spat with Rwanda.

The Venezuelan crisis was also not handled well by Sisulu. While we differ with the role of Washington, it does not mean that the country has no economic problems, or that the people are happy to be led by Nicolas Maduro.

We cannot be seen to be entering a divided terrain and then picking a side. Sisulu was rather too "personal" in dealing with the SA embassy in Israel.

With Pandor now at the helm, we can feel confident that our diplomatic "strains" with Rwanda, Israel and other states will be amicably resolved through dialogue and not through the abuse of power.

The delay in the swearing in of ANC deputy president David Mabuza as a member of parliament may result in President Cyril Ramaphosa  appointing a ...
News
3 years ago

It is no secret that people of Palestine and Israel are sitting with a political impasse. Many attempts to bring about peace either collapsed or agreements made were not honoured. Both parties are to blame, and both have to take responsibility for their actions. SA does itself no favours by blaming one side only.

Washington under Donald Trump claims to have a "deal of the century" for the Palestine-Israel conflict. It is now the role of the Palestinian Authority and the Israeli government to engage each other and seek a lasting solution.

Perhaps it is here that Pandor can play a meaningful role. She has the necessary emotional intelligence that puts aside personal judgment. It is clear that Ramaphosa is on the charm offensive by appointing this smart and eloquent politician.

It is also possible our presence in the African Union will be better felt, and we will begin to properly use our economic and political influence to shape continental politics. With the shifts brought about by Ramaphosa, SA has the opportunity of again taking a centre stage role internationally, while at home growing the country within the continent and rest of the world.

*Mokgatlhe is with Linx Research Institute & Public Relations Consultants. He is also a political commentator and media practitioner