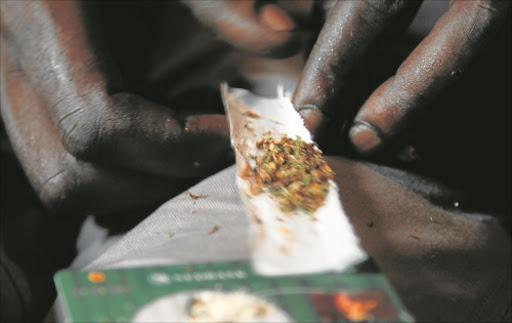 The teacher is He alleged to have confessed to giving his bag with the drugs to a 17-year-old pupil who was caught during a police raid.
Image: MICHAEL PINYANA

What are our schools turning into when teachers we trust to nurture and be role models to children, in parents' stead, are bust for drugs?

Yesterday, we published a story about an East Rand high school teacher who has been suspended after nyaope was allegedly found in his bag.

He allegedly confessed to giving his bag with the drugs to a 17-year-old pupil who was caught during a police raid.

That an adult, let alone someone in a position of authority such as a teacher, did not see anything wrong in giving a minor illegal substances for whatever purpose is worrying.

According to colleagues the teacher tried to explain away the sticky situation by claiming that he had confiscated the nyaope from pupils two days before the raid and had kept the drugs in his bag.

"He admitted in front of the principal and police officers... His story does not add up.

"We should not protect him when over 600 lives of learners are being compromised by his behaviour," a colleague said.

The Gauteng department of education applauded the school governing body and said they were encouraged by the decision to suspend the teacher.

Well done to the governing body for acting fast to ensure that this immoral man is kept away from children.

The trauma the pupil must have gone through when cops found him in possession of nyaope is unimaginable. He could have been arrested for something he did not do.

An elder, his teacher, someone he trusted to carry out a simple errand of taking his bag from him to the classroom, had just compromised him and risked his freedom.

Police have made yet another massive drug bust in Durban, this time in the quiet suburb of Westville
News
3 years ago

Police said they had not arrested the man yet because they were still waiting for laboratory results to confirm if the substance they recovered was indeed the drug.

We hope when the results are released and he is found to have indeed peddled drugs he would be made to pay for his sins.

Why did he take the substance home if he had indeed confiscated it from pupils?

Why did he not report the matter to the principal?

Schools are battling with high use of drugs among pupils so we cannot afford to have rotten teachers feeding the beast.