Denial of bail to remand detainees leads to prison overcrowding 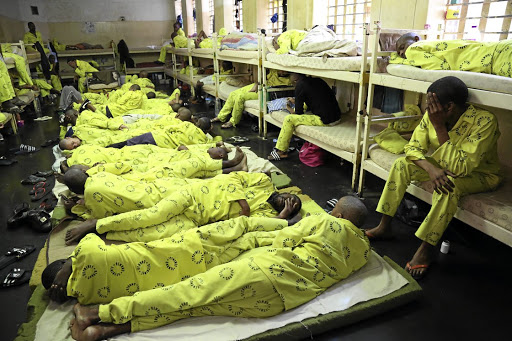 SA has a serious problem of overcrowding as many prisoners await trial in court that is beset with its own challenges of delays, says the writer. /JACKIE CLAUSEN

There are far too many remand detainees awaiting trial or completion of the same. Remand detainees have been refused bail or cannot afford the bail amount set by the court.

Prison overcrowding is a serious problem. Usually, the court is beset with its own challenges of delays and lengthy postponements. And so, some remand detainees have been locked up for many years, in the most appalling conditions.

In some instances, the prisons are so overcrowded, some have nowhere to sleep. There is unbelievable bullying, and some face sodomy daily.

The food is innutritious, there are no magazines and no books to read. One's life can easily wither away. The conditions in those prisons may be harder than the conditions in maximum prisons.

In an astounding report, the Daily Maverick detailed how Titus Monyemoratho, a remand detainee in Vereeniging's Groenpunt Correctional Centre, had been locked up for five years, despite never being convicted.

Police said the prisoner, who was busy with cleaning duties, forced both women into an office and locked himself inside with them on Friday afternoon.
Opinion
2 years ago

The point is that remand detainees are not convicted criminals, they are accused of committing crimes, so do spare a thought.

But because we are aware of the dire situation, why are so many detained awaiting trial? One report suggests that there appears to be a general unwillingness to grant bail and sometimes bail is refused for no apparent reason.

Legal aid is a complete failure - their success rate is relatively low.

For instance, in Mackay vs Legal Aid Board, it was the plaintiff's evidence that he does not even do opposed bail applications in Legal Aid cases, because the fee is inadequate.

He said that "if bail is opposed, the client must either pay ordinary fees or get the services of another attorney to bring the application".

Justice and correctional services minister Michael Masutha has ordered a probe into the the fatal stabbing of a prison warder at the Goedemoed ...
News
2 years ago

The court held, however, that such an attitude "cannot be right". Therefore, this may suggest that this problem may be structural, like many of our societal problems, requiring serious attention.

Of course, I do not suggest that each accused be granted automatic bail. I am cognisant that bail is considered within the merits of each case.

But the rising problem of overcrowding is unacceptable. In some instances, magistrates set a bail amount that is too high, the "affordability of bail was identified as a serious challenge in the South African context," but there are also gaps in the legal framework, "in that it does not provide for a maximum period of remand detention with automatic release, and the fact that there is no provision for the intermittent review of bail decisions," according to a study on the use of bail in SA.

Another study suggests that the criminal justice system is simply "unable to try the vast majority of its accused".

The operation of the system is, instead, thus to "mete out punishment", according to the study and this is done "through variation in the extent to which the accused remains in the system awaiting trial".