With elections done and dusted, focus should now shift to state capture inquiry 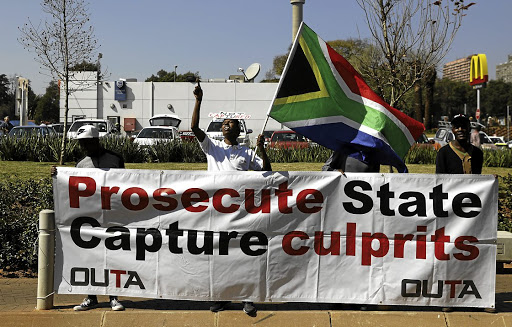 Law enforcement agencies have not taken any action against those implicated in serious graft at the Zondo commission into state capture, says the writer./Alon Skuy

The state capture inquiry has taken a back seat for a while, but now that the elections have come and gone, and though all eyes will continue to be on Cyril Ramaphosa, hopefully the inquiry into state capture will grab our attention as well.

Those of us who continued to keep our eyes on the inquiry heard Popo Molefe's astounding testimony, labelling former Transnet's top executives Brian Molefe, Anoj Singh and Siyabonga Gama as "architects of state capture".

Molefe's testimony was echoed by Transnet's executive head of governance Peter Volmink who testified that certain contracts (tenders) at the parastatal during the trio's tenure were classified confidential which the chairperson of the commission described as "something strange".

Volmink added there was a real financial danger to keeping tenders secret.

Even though the evidence thus far seems so damning, it is interesting that the NPA, the Hawks and the Asset Forfeiture Unit are allegedly all relying on the commission of inquiry into state capture in order to investigate and prosecute all who have committed unbelievable graft that involved then president Jacob Zuma, some of his lieutenants in cabinet, in government, in parastatals and elsewhere.

President Cyril Ramaphosa must dispense with the politics of expediency and show a firm hand in dealing with those implicated in corruption and state ...
News
2 years ago

Action will only be taken in about two years.

But another concern is that generally South Africans forget so easily. We forget elite politicians' and party transgressions.

However, it is true that not many are optimistic about the Zondo commission, mainly because commissions of inquiry have been labelled ruses as well as costing more than their worth.

Generally, witnesses will be subpoenaed to give evidence, those accused of wrongdoing will tell their side of the story and the judge will make his recommendations and then everybody goes home.

Four years ago, there were commissions on the arm deals and Marikana, as well as four others, which society didn't concern themselves much with - all running simultaneously - but fundamentally not a single person ended up behind bars, despite considerable evidence.

We should be hopeful some say, because there is a new chief at the NPA headquarters, and things may be different.

Previous commissions, including the arm deals and Marikana, were labelled disappointing mainly because sanctions were so minimal.

However, Ramaphosa recently decided not to oppose a review application of the arms deal inquiry which found that there was no evidence of corruption into the multibillion-rand "contracts".

Reports suggest that Ramaphosa's decision is likely to have significant legal consequences for Zuma.

What is strange is that not a single crime-combating unit has been able thus far to investigate any of the allegations made against the Gupta family.

It's been said that commissions of inquiry have traditionally become "places to park a hot potato until it gets cold".

Do commissions of inquiry serve any purpose at all? Are they purposed to uncover injustice and right wrongs, or are they merely elaborate ruses aimed at distracting the public and delivering outcomes favourable to a few? And, perhaps most importantly, are they an effective use of public resources?

I think the Guptas terrorised SA.

I echo the FF Plus who stated a few years ago that Bell Pottinger interfered in SA's independence... and should face drastic sanctions.