Political leadership in Africa is akin to old boys' club 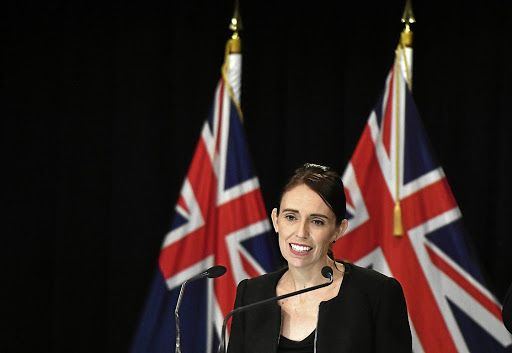 Young politicians such as New Zealand Prime Minister Jacinda Ardern, 38, hardly get a chance at top leadership in Africa as the trend on the continent is of older politicians seeking to reward themselves with positions of power.
Image: Mark Tantrum/Getty Images

Among the many critiques of our democratically elected leadership, age has been an enduring contention.

Many South Africans have noted with frustration that the average politician in a senior leadership role is upwards of 55-years old, while the president generally hovers somewhere between 70 and 75 years old.

The problem has also been noted to be a trend throughout Africa where many presidents have clung to power for decades while literally growing old in office. It seems that modern South African politics has modelled itself after the corporate capitalist values that require us to labour under the illusion of hard work in hope of eventually getting to the top.

Millennials have seen the wood for the trees. Many have tried, and failed, to infiltrate and change archaic political structures from inside. The idea is often to start wherever possible and display such brilliant leadership and ethical clarity that one flies through the ranks in no time to take up a senior leadership role. The system clearly doesn't recognise talent nor ability but reserves places for those who have paid the right price.

The reality for some, as capitalism prescribes, is that no matter how hard working or brilliant they are, there are predetermined limits to their success within a system that values normative drudgery.

If we are to be stuck with a party political system, surely there must be another way around this wilful tardiness.

Many millennials and generation Z youth are becoming less complacent about their political futures but face the gauntlet of old boys' clubs and other such structures which keep them out of effecting real political change.

Very few of us, even those who know where their bread is buttered, are under any illusion about the fact that we have a political crisis. Yes, there are many choices outside the top three, but South Africans have a fundamental lack of trust in political leadership which has tied itself to cronyism.

It is possible that one can be brilliant and adept at political and other forms of leadership at the very beginning of a career trajectory.

Every last career profile in SA finds itself strangled by white supremacist capitalist values which require lifelong labour at meagre rates, in the name of building experience, before reaping some semblance of acclaim and reward just before retirement. There is something to be said for the wisdom and foresight that comes with age, but many youths are ready now. They are ready and able to formulate and implement solutions through a combination of critical consciousness, embodied experience and (formal) education.

These are things that those who spend their days in high rise buildings, in between photo ops with the country's poorest have lost along the way if they ever had it.

There is value in the critical young leadership which abounds in South Africa. Many young people are screaming solutions from the rooftops but will not be heard because they exist outside of the traditional structures which have cemented themselves as the gold standards of political organisation.

There is often trepidation around young leadership, since young people are often deemed unpredictable and volatile, but South Africa has proven until now that the safe, predicable path has taken us very far from where we had hoped.

The formation of more youth centred political structures, something the EFF has demonstrated, has the potential to not only disrupt but also instil confidence in politics. Despite the stereotypes around youth they have demonstrated a future that is fearless and conscious.

Youth in South Africa have challenged the status quo and stepped up to the plate, fully cognizant of the mammoth task ahead.