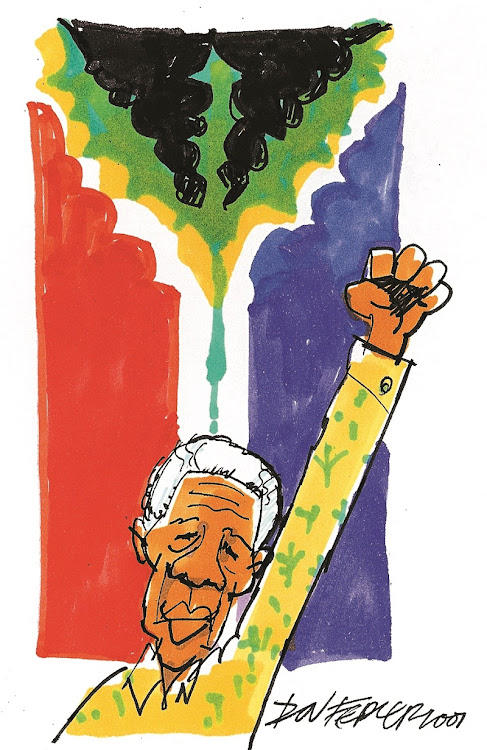 "Much more still need to be done", 25 years after that monumental day in South Africa's history.
Image: Sowetan

On April 27 1994, this newspaper had, on its front page, a simple but profound headline: "FREEDOM in our lifetime"

It was a celebration of the day on which South Africans for the first time voted in a general election as a free people and as equals.

The headline also paid tribute to thousands of people who, for decades, had struggled to make the day possible. For, since the Defiance Campaign of the 1950s, Freedom In Our Lifetime was the war cry of freedom fighters.

Tomorrow marks 25 years since we achieved the freedom. It is a milestone that is worth celebrating. Our freedom, as is often said, was not free. Too many people laid down their lives for us to take it for granted today.

As a nation we have made tremendous progress over the past 25 years. In many ways, the South Africa we live in today is fundamentally different from the oppressive environment we were under during the days of apartheid.

May everyone stand up, join the spirit of #ThumaMina

We marked it as a day to begin to change all inequalities that were the legacy of the previous regime.
Opinion
3 years ago

But as we march towards another 25 years as a free people, we must acknowledge that much more still need to be done. Although we can confidently say we are now a united nation, the reality is that we have not fully defeated the racism that was the hallmark of the previous era.

The economy largely remains in the hands of the previously advantaged racial group and access to resources is still skewed in favour of one racial group.

It is therefore imperative that we use the next 25 years to rid our country of any residue of the apartheid and colonial era. Socio-economic transformation should be our society's priority as we move forward.

This must include land reform programmes that are aimed at giving access to this resource to all. But it must also mean the provision of quality and affordable education to all. It is only through education that we can turn this nation into a major player on the global stage.

The provision of a universal public healthcare system would also go a long way in improving the our lives. Of course, all of this cannot be achieved if we do not defeat the scourge of corruption.

The second part of our first 25 years saw the stability of democracy being threatened by rampant corruption; let's use the next two decades to build a kind of society where graft is not tolerated.

Former President Thabo Mbeki has urged youth of South Africa to register to vote in the upcoming elections, reminding them that this constitutional ...
News
3 years ago
Next Article