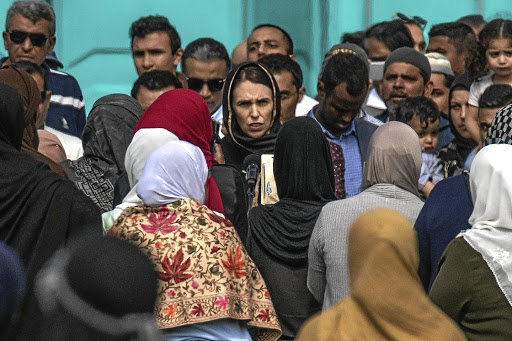 The Oxford dictionary defines empathy as "the ability to understand and share the feelings of another person".

New Zealand prime minister Jacinda Ardern is the embodiment of this description. Recently, New Zealand was faced with a tragedy where 50 people died at the hands of a terrorist. During this time, Ardern has epitomised what great leadership is all about.

Her response to the Christchurch terrorist attack has set a global benchmark for the kind of leadership we deserve and are worthy of. She has shown great humanity, humility and empathy.

One would like to assume these are basic characteristics an astute leader should possess.

However, the world over, we have seen many leaders lacking these traits, unashamedly living in great abundance and opulence in the faces of those they are meant to serve, who live in dire poverty and indignity under their reign.

I am envious of New Zealanders, in an era where we have problematic leaders who build walls, leaders who are corrupt and silence voices that speak against their abuse of power.

New Zealanders have a leader they can look to, who will roll up her sleeves and come to them and be with them during a time of great need.

The pervasiveness of corruption and poor leadership has made us accept the bare minimum when coming to leaders because things are that bad in our country.

Ardern has shown me that our yearn and demand for leadership as South Africans is not an unreasonable request.

The images of her wearing a headscarf to emulate the hijab (and she is not a Muslim) while visiting victims of the attacks and their families, will remain with me for a very long time.

This may be a minuscule act, but to me it signifies someone who has compassion, identifies with those she leads and goes the extra mile to show that she is with them by respecting their faiths.

A person of her status did not have to go to that extent, but she did! In one of her speeches, Ardern said: "We are one", referring to Muslims and immigrants who were the victims of the attack; she did this in an era where countries are closing off borders and building walls to keep desperate people trying to escape war, hunger and terror, out of their country.

In an era where leaders tiptoe around matters to do with the disenfranchised and marginalised, Arden took a stand and rejected racism and Islamophobia.

I have to admit I was tempted to say she possess these great leadership qualities because she is a woman. I could not help but wonder how the world would look if women were given a chance to lead.

However, I quickly reminded myself that it would be erroneous to think she possesses leadership inherently, solely because she is a woman.

My thoughts around women's leadership and what we could be missing as South Africa and the world by sidelining women when coming to leadership, were intensified by the images of Alaa Salah leading chants at an uprising against former Sudan president Omar al-Bashir's rule.

Salah has alerted the world to the critical role that women are playing in protests. Male leaders have made it easy for me to want to re-imagine what our world would look like if women were acknowledged for their leadership abilities.

Donald Trump is one of the leaders who has made it difficult for me to have faith in male leaders. He is an antithesis of what Ardern represents.

His language is vitriolic, vile and bellicose. George W. Bush and Barack Obama are another examples - I am referring to what they did in Afghanistan and Iraq.

They also supported phony wars in Africa. It is difficult for me to not want to re-imagine what the world would look like if patriarchy did not make it difficult for women to ascend into positions of power.