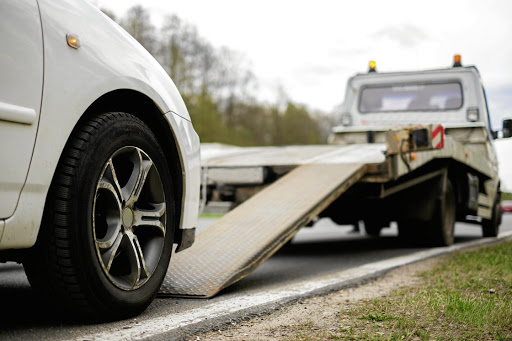 WesBank is accused of flaunting the National Credit Act by repossessing a consumer's vehicle even though he honoured the repayment arrangements made in 2017.

Two years ago, Nezwi Khanyine, 41, of Fleurhof, Roodepoort, fell into arrears on his car loan without making any repayment arrangements.

When he missed four months of installments, the bank demanded that he should surrender the car. At the time his arrears escalated to R21,000, Khanyile said.

He said the National Credit Act allowed him to make arrangement to pay the arrears or to go under debt review, but he opted to arrange for a repayment of the arrears, which the bank found acceptable.

However, WesBank demanded 80%, which he could not able to pay at once, Khanyile said.

"I think what they wanted was to repossess the car as I could not meet their demands," he said.

Khanyile's financial situation changed after the death of his two cousins in a road accident.

"I assisted in buying coffins and also took a loan to pay for other funeral costs," he said.

The bank made an arrangement allowing him to update his account after Consumer Line stepped in. Since that arrangement he did not miss his monthly installments.

The arrangement was that he would pay R3,000 the week after Consumer Line's intervention, and an extra R1,000 on his monthly installment until further notice. Consumer line has seen statements showing that he paid R5,500 every month without fail.

"Instead of the agreed amount, I paid R500 more to show my commitment."

He said when his arrears had decreased to R10,000 the bank started billing him on interest, legal fees and debt collection fees. This was in spite of agreeing to review the arrangement within six months, he said.

"They just added all these additional fees on top of the car installment and the agreed R1,000 every month," Khanyile said.

He said the bank negotiated in bad faith because they went to court behind his back and obtained a default judgment.

When the car was repossessed early this month he only had five months to pay it off, he said. He said he was embarrassed to have his car repossessed in full view of his friends and strangers.

"I experienced a very horrific situation in the hands of those sheriffs who took my car and belongings leaving me stranded at Westgate Mall early this month," he said.

To release the car the bank now wants the full settlement amount of R62,000, which he does not have, he said.

Khanyile said he understood that the bank has the right to repossess the car and sell it in at auction to recover the balance owed to them, but he said this must be done fairly.

Khanyile said he was confused as he did not know which part of the arrangement he did not honour.

"If they had served me properly I would have gone to court and explain my financial situation, but they acted unfairly because I paid what we agreed on," he said.

Khanyile said he might even lose his job now because he requires a vehicle to do his work.

WesBank said it was investigating Khanyile's complaint and would need more time to do so.