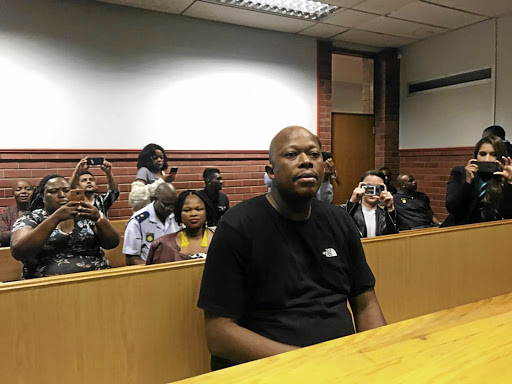 The start of the week hit us in the face with a video of Mampintsha brutally assaulting Babes Wodumo. An overwhelming majority of people reacted with a visceral condemnation of a man beating a woman.

However, as with all axes of power, there are still too many of us who think the crime deserves no special recognition as it could just as easily happen in reverse. The crime is twofold: it is assault which qualifies as a criminal offence, no matter who is involved, but it is also gender-based violence which is about more than criminality and law enforcement. Gender-based violence is a historical crime of power - from way before we've had the language to name it.

It continues to manifest in service to traditions of maintaining unequal power relations, in an unequal world.

It does not simply erupt spontaneously. Gender-based violence is orchestrated and cultivated through both social and ideological inequality and more tangibly through the meanings we attach to being a "man" and a "woman".

A good place to start is history. Many of us are completely oblivious to the roots of the rhetoric that shapes our understanding of gender. A long time ago Aristotle put forward that women are incomplete or deformed men and that they should be ruled over by men.

This was presented as an undeniable fact, unsurprisingly as most things still are presented when men say them. As one example, these views were taught in universities and written down in books.

Abuse epidemic must be stopped

Domestic violence is a frightening community epidemic that has lived in the shadows and privacy of homes.As a society, we are rampant victim- ...
Opinion
2 years ago

The dissemination of such information, backed up by institutional power and authority, enables its conversion into common sense, even for those who have not set foot on a university campus. We could ask where his views came from and I'd be inclined to quote religious texts that have enjoyed common (moral) sense status for centuries. Our understanding of gender is based on an unquestioned acceptance of inequality.

The presence of power is central to the reality of gender inequality. It is not enough to understand men and women as different - we are insatiable in our quest for power in constructing those differences.

The construction of women as vulnerable and helpless, supposedly because of variances in biology and physical strength, has allowed us to infantalise women to justify the power we have, as men, to determine the outcomes of their lives. We dispossess them of autonomy and identity in ways that are supported by the socially normalised notions of inequality and difference referred to above.

The outliers - women who beat the odds - are in no way a reflection of what is possible for all women and the very idea invisibilises the power a patriarchal society has to decide that fate based on privileges and performances men have chosen to value as it suits us, such as beauty and respectability.

Under these conditions, the probability of women assaulting men is negligible. It is even more improbable that these occurrences have an entire history of institutionalised support and ideological common sense belief attached to them. Society has not been set up that way, and therefore, it cannot be reversed in an attempt to play tit for tat.

There is a reason why gender-based violence has persisted for so long. Men could end it tomorrow, but to remove the power to decide how society is organised from the grasp of the patriarchal ego, is perceived as defeat. Patriarchy is a defensive position, as is any position sustained on unearned privileges. Under patriarchy women will always need to be "disciplined" for simply asking: "What gives you the right to decide the path of my life?"

For these reasons instances that prove the existence of abusive women, who surely need to account for their abuse, still do not nullify the reality of gender based violence.