Hidden calamity of acquaintance rape is slowly revealing itself 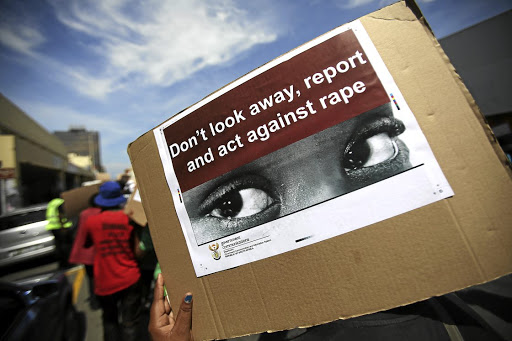 According to rape myths, a 'real rape' is one in which a victim is raped by a stranger who jumps out of the bushes with a weapon, and in which she was beaten and bruised.
Image: MARK ANDREWS

South Africans remain clueless about the complexities of rape. It really is not that black and white. To be clear, I am not writing this in an attempt to plead anyone's case.

When reports surfaced that Zizi Kodwa was accused of rape, South Africans were shocked that the victims took five months to report the matter. Many poured cold water on the rape allegation because the victim(s) "negotiated" with their alleged perpetrator(s) for medical costs.

However, this article is not about the Kodwa case as I do not know what happened in that matter.

Though I am satisfied that the hidden calamity of acquaintance rape is slowly revealing itself - we now realise that rapists are not always strangers - rape victims are, however, facing a push-back, all thanks to rape myths.

Rape myths allow us to question rape victims' motives, their actions before and after the incident. Fundamentally, rape myths deter women from reporting to the police and this creates a vicious cycle.

This cycle is maintained when the rape victim does not report the incident to the police, which then fuels society to believe that it's most likely the rape did not occur, without any regard for how unbearable it was to report the matter to police in the first place.

As a result, rape victims face secondary victimisation at the hands of the police, family and society. It should come as no surprise that the victims sought to "handle" the matter themselves and perhaps put it behind them, if this is what they indeed sought at the time.

Research reveals that most rape victims fail to report the crime to the police. It's actually quite normal - even the Sexual Offences Act makes provision for late reports.

Reporting is difficult for victims who were raped by people who are known to them and people they trust. This type of rape is called acquaintance rape or in this alleged case, it is regarded as date rape, because a substance was allegedly used by the alleged perpetrators. Research reveals that a victim of date rape could be "ambiguous about what might constitute rape, consent, and responsibility".

Survivors of rapes may question their pre-rape communication and face uncertainty about their experience. This because - according to researchers Fisher, Cullen and Turner - "rape myths allow us to believe that a 'real rape' is one in which a victim is raped by a stranger who jumps out of the bushes with a weapon, and in which she fought back, was beaten and bruised, reported the event to the police, and had medical evidence collected.

"Unfortunately, acquaintance sexual assaults contain few, if any, of those elements. In many acquaintance rape situations, the victim had been drinking, was not threatened with a weapon, did not fight back, did not report the event to police immediately, did not have medical evidence collected, and may have even had sex with the assailant voluntarily before."

Rape victims also tend to find it easier to lodge a complaint anywhere first but the police due to fear of secondary victimisation by the police. It is important to take it easy on what we think we might know. For instance, it as was normal for Kwezi to ask for bus fare as it is normal for any rape victim to demand medical costs.