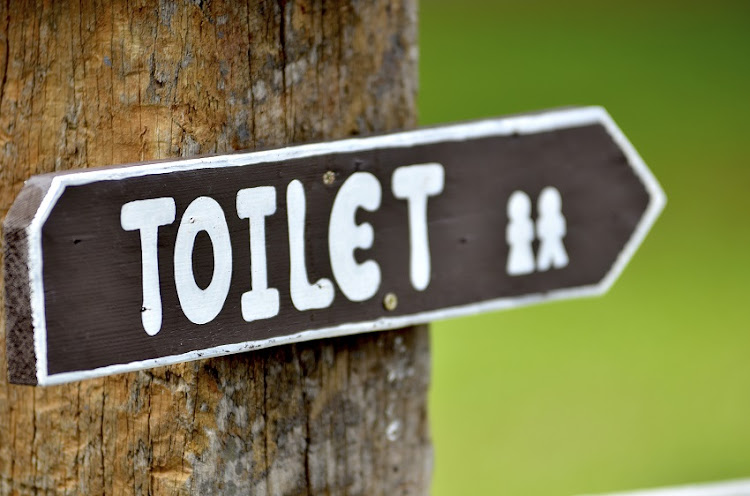 Imagine a teacher having to stop a lesson because she needs to take a pupil, if not two or more, into the bush so that they can answer the call of nature.

Many who take such privilege as having a toilet for granted would be forgiven for thinking that this could not possibly be a story of the daily grind of some people in a modern state such as SA.

But this used to be a lived experience for Hadifele Matsetela, the principal of Reahlahlwa Primary, a school on a farm in the Waterberg region of Limpopo.

Now that is all in the past for Matsetela, who teaches a combined class of grades Rs and 1s, who at their age needed to take risks just to do something as basic as relieving themselves.

The sorry condition of the school's old toilets touched deputy minister of basic education Buti Manamela when he visited the area to hand out school shoes to needy pupils at the beginning of the school year last year.

To cut a long story, Manamela facilitated a project to build new toilets on the school grounds and, crucially, former Reahlahlwa pupils helped to raise funds to get the project off the ground.

Pupils at a North West primary school, with the help of parents, have been draining human waste from their toilets.
News
3 years ago

Two hundred unemployed youth were then recruited to help build the new toilets and a construction Seta facilitated their training. Today they are skilled in bricklaying, tiling, plumbing and carpentry.

Today, as the story is told on page 5 of the newspaper in your hands, a new building has not only changed the shape of Reahlahlwa, it has added more than just new ablution facilities. It has brought dignity and pride to both pupils and teachers.

It is story that could have had a similar ring to that of Michael Komape, the six-year-old pupil who has become a symbol of poor sanitation in rural schools when he drowned in a pit latrine in 2014.

There are hundreds of other schools across SA without proper sanitation. Reahlahlwa offers a lesson in cooperation between concerned parties - the government, the school and local communities. It's an example many will do well to emulate.