Blast from the past and days of miracles and wonder 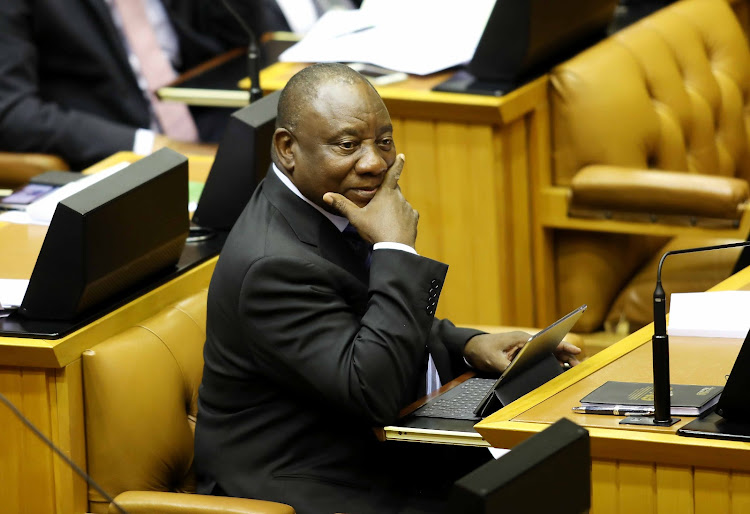 Pesident Cyril Ramaphosa listen to the debate on the State of the Nation Address at Parliament, Cape Town.
Image: Esa Alexander

Hhayi bathong, the ANC went to Nasrec to elect a new president but ended up with a Thabo Mbeki sans the pipe and without a habit for late internet-based research on HIV and Aids. S'true, Cyril Ramaphosa is Thabo Mbeki 2.0. Did you guys not listen to the State of the Nation Address the other day?

From all the "we must ask ourselves a question" statements, to reviving the Scorpions and threatening to break Eskom into three different entities - it felt like we are back in the years of the Native Intelligence and African Renaissance.

No wonder Baba ka D was so dead against having the McBuffalo succeeding him.

But one thing the McBuffalo does better than the Pipe-Smoking-One is to charm the pants off the opposition. Noticed Juju, the red berets' rebel leader, acting all smitten as the McBuffalo showered him with pleasantries and promised to sing him a lullaby if the EFF boss ever became the real chief of staff of the country's security forces. You would have been forgiven for thinking we were already on Valentine's Day that evening.

Music to his ears

Above and beyond call of duty

Vera knows it is the month of love and roses. But she thinks home affairs minister Siyabonga Cwele took things to a ridiculous level when he arrived at his department's offices in Scottburgh, south of Durban, to congratulate an employee praised on social media by a customer she had helped beyond office hours.

The minister arrived bearing a bouquet of red roses, plus a box of Lindt chocolate, which all looked like it had been quickly picked up at a nearby petrol station on his way to the offices. Not even a service watch, trophy or certificate? Cheapskate.

Still on Valentine's, you may have noticed the news about McBuffalo giving red roses - these ones looked like they came from a high-class flower delivery shop. But did you see the one who art in Nkandla and what he did on Twitter.

Just when we all thought he'll be reflecting on the first anniversary since his removal from office and remind us that his friend Brian Molefe never switched off the lights when he was the chief Nduna for the Guptas at Eskom, Baba ka D chose to go all romantic on us: "This day brings bitter sweet memories for some of us but it also serves as a reminder that love always prevails. Love is the one thing that keeps us going even when we are faced with hardships. Today I send you all my love and say thank you for showing love. Happy Valentine's Day".

Now that it looks like the eThekwini municipality record deal has fallen through, Vera thinks Baba must consider taking up a part-time job writing romantic messages for Hallmark and Cardies.

Baroka FC visited former Youth League president Peter Mokaba's grave to ask for blessings as they fight off relegation. From what Vera understands, Mokaba was pretty bad at soccer as a youngster and can't possibly help the club in the hereafter. Vera suggests Baroka takes the Telkom Cup they recently won on penalties and hand it to Orlando Pirates, the team they beat. Maybe that would bring them luck.