The Mzansi political opera is about to reach explosive climax 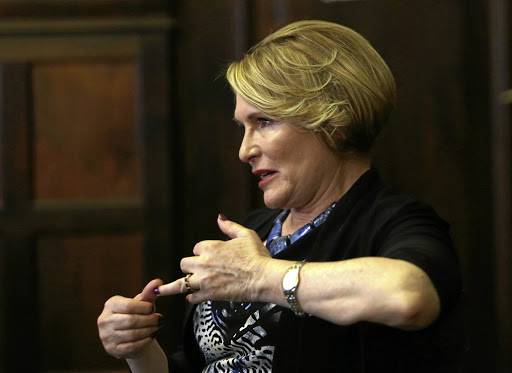 Gogo Zilazila is adding fuel to the fire by threatening to lead a tax revolt unless Khongolose deals decisively with corruption.
Image: ESA ALEXANDER

It's not over until the fat lady sings, so goes the adage.

In fact, in that land, adages get turned on their heads. When the fat opera singer D'Angelo L'Agrizzi ended his performance at the State Capture Theatre, it only marked the beginning of things.

Having taken the nation into his confidence through his well-crafted suite, L'Agrizzi rounded off his performance with a putrescent closing number called I'm Racist, I'm Racist.

Buoyed by the controversy that followed, Zululiyaduduma, the attractive lady who is close to Gedle and whose name was mentioned during L'Agrizzi performance, came up with a statement to suggest that testimony by a person who was a self-confessed racist shouldn't be taken seriously.

Things got really loud. UThatha amaChance uZululiyaduduma, blacktwitter responded. She must answer to the allegations levelled against her. People from the Cape-based Dada family, led by Gogo Zilazila, added their two cents worth of comment to the saga.

Gogo Zilazila said the Khongolose side of the bigger Mzansi family, under the leadership of Thumamina, must deal drastically with corruption - or she will call a tax revolt.

Of course, Gogo Zilazila knows that the country's tax base is largely drawn from the white community who, for historical reasons, are still largely richer, in average terms, than their black counterparts. The means of production are still in white hands. That is why Gogo Zilazila's call found resonance in that sector.

At the same time that Gogo Zilazila was toyi-toying with the idea of a tax revolt, her garden boy MyMoney was launching his own attack on Thumamina.

Thumamina's son, it shall be remembered, was embroiled in a shady business deal with the company Bosasa, the very company that that fat man L'Agrizzi sang about over nine solid days.

Helen Zille is not going gently or saying goodnight when she steps down as Western Cape premier after the election.
News
2 years ago

Thumamina will next week host his annual games called the Sona in Cape Town, during which time he sits down in a corner and allows members from diverse clans of the bigger Mzansi family to kick him around and spit at him.

I suspect MyMoney will use his time at Sona to remind Thumamina about his relationship - through his son - to Bosasa.

MyMoney told the makers of this episode of Game of Bags that he will ask Thumamina to "take the nation into his confidence". That is supposed to be educated people's way of saying: tell the truth, you m..ker.

We have it on good authority that MyMoney won't be the only one taking Thumamina to task. The Red Overalls, whose last hits were #PayBackTheMoney and #DownByTheFirepool, are set to explode onto the stage with a new song of their own during Thumamina's upcoming Sona games.

Although this has yet to be confirmed, sources close to sources that are close to Floyd who is close to the VBS which is financing the release of the Red Overalls' new album tell us that the title of the release is #ThumaminaAlsoAte.

Our enterprising team managed to track down Don Gavisconne Wazzoni, the elusive leader of Bosasa which now trades under the name Global Something Or The Other.

With a wink, Don Wazzoni said: "I don't sing on my own show. I pay others to do that. I've run out of politicians to give some bags to and then sing. Can you find me some hungry journos?"

With a wink, Don Wazzoni said: "Some journalists' names are about to come out." We wait.