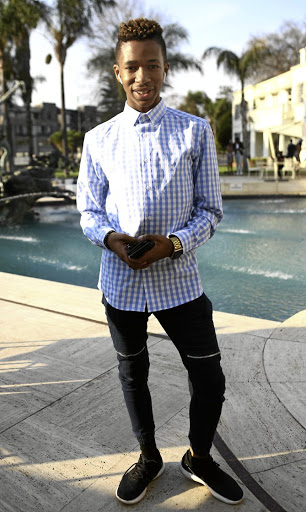 In a world where we hold all celebrities accountable, comedians survive by spinning problematic jokes as social commentary.

Not that stand-up has never been capable of delivering social commentary, but sometimes a joke really is just that. It is an industry dominated by men who often peddle prejudicial thoughts as humour and sprinkle LOLs over the tears of the marginalised.

In comes Lasizwe Dambuza, a young YouTube star who has capitalised on his misogynistic sense of humour one wig-snatching skit after the other.

With the arrival of his reality show Lasizwe: Fake It 'till You Make It, the 20-year-old has cemented himself as the most bankable comic of the new funny pack.

This brings us to the current state of comedy. It is dying because Lasizwe has the comedic depth of a knock-knock joke for cavemen.

The series plays out like a sterile carbon copy of Being Bonang meets The Ranakas, frantically seeking context through flubbed confrontations and fleeting introspection. It is an exhausting by-product of not picking up a book, resulting in the dry heaving of mass-consumed pop culture.

Lasizwe's world is a muddy rabbit hole of miseducation on sexuality and gender identity played out by a young gay man who still desperately clings to the tropes of a cisgender world in hopes that it will accept him for taking tons of toxic patriarchy to bed and massaging its masculine belly. However, as the show's title implies, this is not even a reflection of his reality.

Lasizwe is very much aware that life is just a series of memes.

Times have changed. Lasizwe and his millions are ushering in a new way to laugh, cry and think and whether you participate in it or not, Gen Z has a rather large virtual middle finger for you.

Lasizwe, his designers, his gay allies and his queer followers curate their surreal version of reality every Tuesday at 9.30pm on MTV.