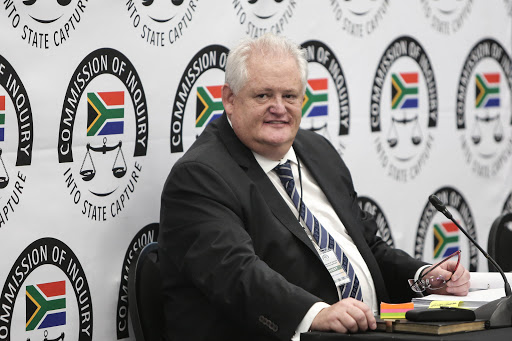 Ever since Angelo Agrizzi took the stand at the Zondo Commission, there have been social media messages reminding the public of a warning made by former president Jacob Zuma.

These messages seem to come from his die-hard supporters, many of whom believed that the focus on Bosasa at the commission would somehow implicate only those in the governing ANC who opposed Zuma's succession plan going into the party's national elective conference in 2017.

Zuma had warned, the messages remind us, that those who demanded a commission of inquiry into state capture would live to regret their wish because the investigation would have a much-wider focus than Zuma's friends, the Guptas.

Whenever these messages are posted, the underlying point being made is that it would have been better to sweep everything under the carpet as investigations would "expose all sides". The "hunters are now the hunted", gloated a prominent Zuma backer on the first day of Agrizzi's appearance on social media.

Let's leave for the moment the point that the most damaging evidence to come out of Agrizzi's testimony implicates Zuma and the very ANC faction at the centre of the allegations involving the Guptas.

A failed bid to take over Gavin Watson's Bosasa is being put forward as the dramatic backdrop to Angelo Agrizzi's damning evidence at the state ...
News
3 years ago

It was precisely because of the understanding that corruption and state capture was not limited to the Guptas and Zuma that many South Africans took to the streets in 2016 and 2017 to demand that a commission of inquiry be set up.

So the argument that the probe should not have happened because it had the potential of exposing other ANC leaders with "smallanyana skeletons" of their own misses the point altogether.

If South Africa is to prevent corruption from completely crippling our state, all allegations, no matter which faction or political party they might affect, must be investigated.

No true patriot would wish to sweep the information that is coming out under the carpet just because they think it may be detrimental to a political party, individual leader or faction.

Agrizzi's testimony must encourage many others who have stories to tell to come and "unburden" themselves by revealing all before the commission.