More to state capture than Guptas 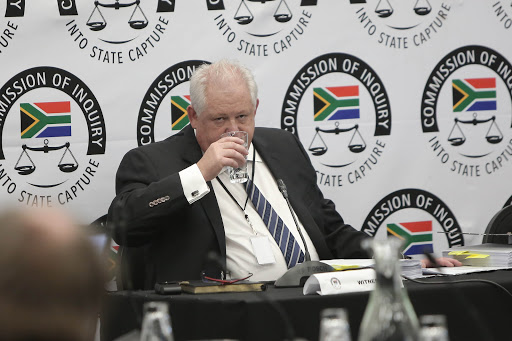 Many of us probably had never had of Angelo Agrizzi before yesterday when the former Bosasa chief operations officer became a surprise witness at the Zondo Commission.

Chances are that when the marathon inquiry into state capture finally comes to an end in future, many would have long forgotten Agrizzi's name. What with all the big names expected to come before deputy chief justice Raymond Zondo over the coming months.

However, judging by the first day of his testimony yesterday, Agrizzi's is among the most important if we are to get to the bottom of the state capture phenomenon.

The significance of Agrizzi's testimony is that, for the first time, the commission is being presented with evidence that goes beyond what the Guptas allegedly did in a bid to control the state and use it to enrich themselves.

Agrizzi yesterday began shining a light on Bosasa and its boss Gavin Watson, and how they went about allegedly buying political influence and apparently earning a cool R1bn from government tenders.

Agrizzi told the commission that the company, now known as African Global Group, spent between R4m and R6m a month in cash bribes for public officials and politicians.

If most, if not all, of what Agrizzi has told the commission proves to be true, it will show that the state capture crisis is not limited to the controversial Gupta family and their relationship with former president Jacob Zuma.

In fact, the Guptas happened precisely because, over the years, an unhealthy and corrupt relationship had developed between senior political leaders, state officials and private sector companies and individuals who sought to gain unfair access to lucrative government business and tenders.

As much as it is important to focus on the Guptas, the investigations should not lose sight of other perpetrators elsewhere.

Lest we forget, the greatest victims of state capture are the poor who don't get proper services because state money is used to line the pockets of a few. It is also honest black entrepreneurs who get muscled out of contracts by giants with big enough pockets to buy politicians and civil servants.