Is reggae's new cultural status a kiss of death? 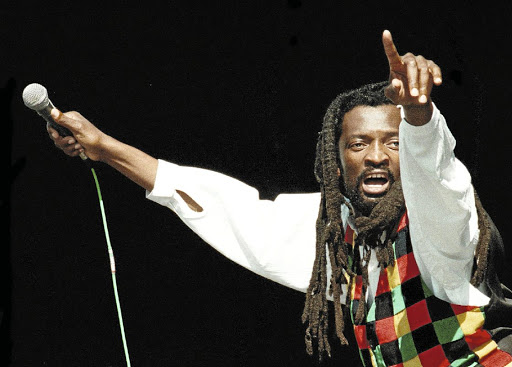 As we hurtle towards the festive season - with Boney M belting syrupy Christmas carols at every turn - I thought I should climb on this musical bandwagon.

Unesco, the United Nations Educational, Scientific and Cultural Organization, early this month added reggae music to its list of cultural institutions worthy of protection and preservation.

Each year, Unesco adds to its Representative List of the Intangible Cultural Heritage of Humanity.

Jamaica submitted reggae for consideration earlier this year. The genre now joins a list of more than 300 cultural traditions, including numerous musical ones such as Dominican merengue, Slovakian bagpipe music and Vietnamese xoan singing.

When the news broke early this month, the story received very little attention.

I was in two minds about the story. A part of me was happy that a musical genre that kindled my political consciousness, and that was feared by the establishment, had finally got recognition as a force for social good.

But another part of me was suspicious that once reggae was embraced by the establishment, that could spell a kiss of death to its rebellious spirit.

To mark 10 years since Lucky Dube's death, his former recording company, Gallo Records, will release a compilation album today.Dube was killed in a ...
News
4 years ago

When I was growing up, many reggae songs got banned by the apartheid government for their political content. But the music was also frowned upon by some members of the black community, who dismissed it as "noise made by those people who don't want to wash", the Rastafarians.

If you had dreadlocks, you were marginalised and called names: dagga smoker who won't go to school or won't work. Some establishments, including shops, even refused you entry on the basis of your looks, which is funny because today dreadlocks have become so fashionable that both male and female celebrities and businesspeople wear them.

But back to reggae music.

When I was a teenager, and Bob Marley wailed "Get up, stand up, stand up for your rights", or when Peter Tosh sang "I need equal rights and justice", my friends and I were startled by the directness and fearlessness of the messages. Then we were stirred into action.

Some went into exile to fight. Those who stayed behind contributed in different ways towards the fight as envisaged by Marley, Tosh, Burning Spear, Culture and other reggae icons.

Looking back, it's unbelievable how art, rather than political rallies, turned us into activists. Thanks to Marley, reggae became so powerful that the white British rock-blues guitarist Eric Clapton, whose career was on the wane, did a cover version of the Jamaican's I Shot The Sheriff, which he used as a crutch to hobble back into the limelight.

Reggae, born in the ghettos of Jamaica, had suddenly become mainstream. Some have said Marley sold out by sanitising and watering it down. That's a debate for another day.

Westerners have written hundreds, if not thousands of academic treatises on the power and meaning of reggae in modern society.

South Africa was never left behind in this international revolution.

Locally, we saw a flowering of reggae musicians including Carlos Djedje, Dan Kapuejah, but most notably Lucky Dube. These artists added a dash of home-grown sociopolitical commentary to the genre.

I hope that the recognition of reggae by Unesco does not cow it into submission; that it inspires it to a new form of rebelliousness.

We need new reggae songs about Trumpism. About world inequality. About the Guptas. About kids drowning in pit latrines because the South African government can't provide them with proper toilets.

Let's chant down the walls of dis here Babylon!